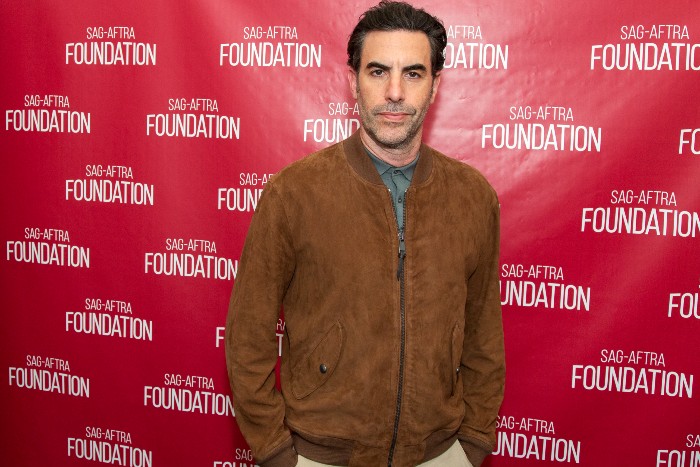 Sacha Baron Cohen Might Be the MCU’s Mephisto Starting With… ‘Ironheart?’ Sure, Why Not?

WandaVision hasn’t streamed a new episode in almost two years, and still to this day, Marvel fans have not stopped cranking out new Mephisto theories. Well, here’s one that nobody “saw that coming”. Sacha Baron Cohen has reportedly been cast as the MCU’s version of the Devil and will make his first appearance in the Disney+ series Ironheart. From there, he’ll reportedly appear in other projects including the WandaVision spinoff, Agatha: Coven of Chaos. — OR all of this is a red herring to throw Twitter off the scent that he’s already filmed a Marvel part and it’s Doctor Doom in Wakanda Forever. That’s just me spitballing though, and if any of this is true, it’s probably the Mephisto stuff. (Deadline)

Did Emily Ratajkowski just dunk all over Brad Pitt’s PR strategy by getting papped kissing another man? (Lainey Gossip)

I totally get what Meghan Markle is saying, but lady, what did you think being a suitcase girl on Deal or No Deal would entail? (Dlisted)

Julia Fox is a “real-ass bitch” in a sea of “phony, social-climbing clout-chasers” in case anyone was curious about that. (Celebitchy)

Dear Mr I’m too good to call or write my fans: This will be the last Halloween I ever dodge your ass… pic.twitter.com/qyvo58XWLO

From Petr: It’s that time again when this beautiful art makes the rounds

between the two of them Cynthia Rothrock and Michelle Yeoh do five or six of the coolest things I’ve ever seen anyone do in a movie fight in just this scene alone https://t.co/zVvtkihte2

I’ve said it once, I’ll say it again:

Gravity Falls is real and it will never die.

@good.boy.ollie His face at the end 😂😂 #dogsoftiktok ♬ Up - Movie Theme - Giampaolo Pasquile

She finally got around to watching DON'T LOOK UP https://t.co/mGWGjm1q6Y

Andrew wrote a “Shakespearean” adaptation of Ghostbusters (titled The Merry Busters of Ghosts) for Random Access Theater Company in NYC! On October 28th there will be a staged reading accompanied by drinking games, silly string, and puppets! (Time Out)

Aquillia devoured T. Kingfisher’s fantasy romances Paladin’s Grace and Paladin’s Strength and is looking for the third book in the series. "[It] is grounded by the delightfully creepy subplot about the heads: a little touch of horror that could have clashed horribly with the romance but works incredibly well (for me) to keep things interesting." What are your favorite spooky season reads? (Cannonball Read 14)


← 5 Shows After Dark: 'Monarch' on Fox, 'Mama's Boy' on HBO | Anna Faris Details Director Ivan Reitman's 'Reign of Terror' on the Set of 'My Super Ex-Girlfriend' →