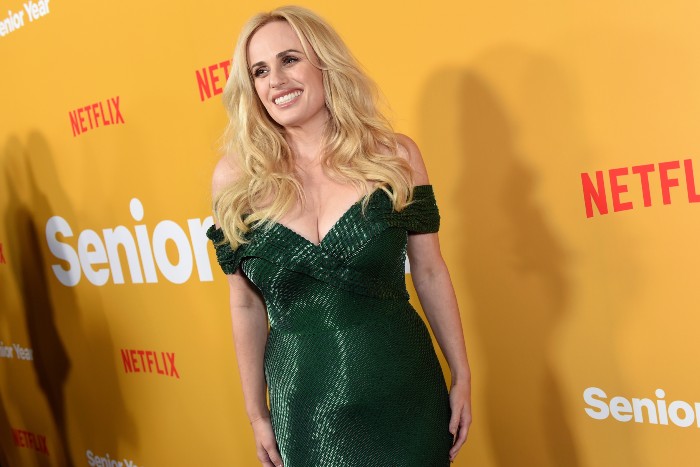 Rebel Wilson has revealed that she now has a girlfriend, and sincerely, good for anyone living their best life and finding happiness despite this garbage heap of a world trying to kill them and/or keep them in the closet. Do you. (Instagram)

Good news! Or bad depending on your thoughts on drowning in chocolate. The workers trapped in a M&M factory vat have been rescued. (PennLive)

Jennifer Lopez premieres Netflix’s Halftime, which is being called a celebration of JLo’s tenacity. (Lainey Gossip)

How about we just report on the days that Nick Cannon didn’t knock somebody up? Let’s try that. (Celebitchy)

Fair warning: I don’t know how long this video of Chris Evans going full Boston will last, so enjoy it while you can:

Bernie Sanders can go the hell away any time now. Dude got blown out in two primaries, but sure, lecture people on how to win elections. You’re clearly an expert. (Mediaite)

From Seth: SPORTS! This is amazing. (BBC)

There was very little fanfare for this, so I’m not sure this news was supposed to drop yet. Anyway, Marvel has reportedly lined up a director for its long-rumored Thunderbolts movie that will explain why Julia Louis-Dreyfuss has been running around the MCU for the past year now. (Deadline)

Of course Jeremy Strong learned how to fix a refrigerator to play a plumber. (AV Club)

Yes, and I flew an invisible plane on screen but still support abiding by the laws of air traffic (and physics). Do people really not understand reality vs. fiction? pic.twitter.com/sBGIcrd31t

We tested out the decadence of the “Caviar Bump.” (Jezebel)

Facebook has a rule banning gun sales, but surprise, you’re allowed to break it up to ten times. Our country is a toilet. (Gizmodo)

Where do you look for reminders that sometimes the truth wins? Zoë didn’t need a reminder that powerful men can do a lot of damage, but she was still surprised by Catch and Kill. "[Ronan] Farrow’s constant centering of the story on the bravery of all the people who spoke up keeps this from being too grim." (Cannonball Read 14)

The successful ambush was led by Sgt. Meow. pic.twitter.com/8ZoH7SGJEP

← 5 Shows After Dark: 'The Staircase' First Season Finale HBO Max, 'Attack on the Capitol: The Investigation' | Brief Highlights from Day One of the January 6th Hearings →