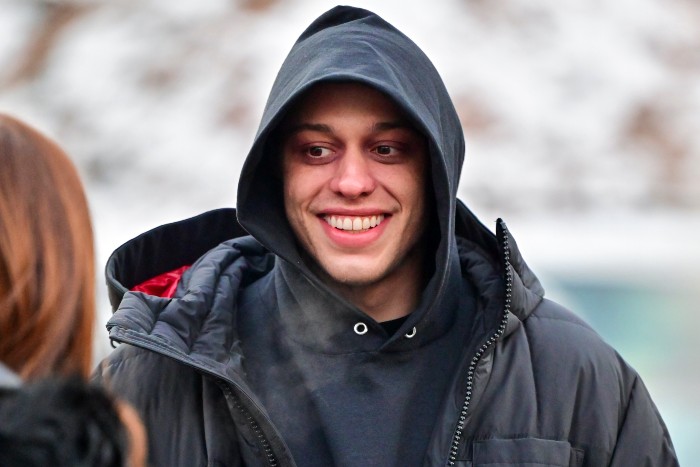 Pete Davidson’s Mom Wants Him To Knock Up Kim Kardashian

In a move that’s definitely not going to happen because Kim Kardashian only pops them out via surrogate now, Pete’s Davidson’s mom would like to see her son knock up The Kardashians star by the end of the year. In fairness, what parent doesn’t want to see their child have a nice retirement fund? It’s just human nature. (Page Six)

Raven-Symone is also telling Disney to get its act together. (Dlisted)

False alarm, everybody. Kendall Jenner did not destroy her face to look like her sisters. It was just a filter. And, yes, I know this makes two links about this family, but it’s Wednesday. Give ol’ Mike a break. (Celebitchy)

Ewan McGregor Pretends to Use the Force to Open Doors https://t.co/16r8ERGB60 pic.twitter.com/vVwoJjXozq

Jeff Foxworthy should’ve stayed up in the attic with Pogs, Kevin Sorbo, and other irrelevant sh*t from the ’90s that I’m too tired to remember right now. (HuffPost)

Red Notice director Rawson Marshall Thurber just kicked off a bidding war over a live-action Voltron movie even though the Netflix reboot was goddamn pitch-perfect and can never be topped. Mark my words. (THR)

Ana de Armas’ Marilyn Monroe movie will be NC-17 after all. (The Wrap)

A great essay by Susana Polo on how years of Superman fighting Batman warped a symbol of hope into a villain. (Polygon)

Ang was expecting something very different when she picked up John Darnielle’s Devil House. It wasn’t bad, but "because I was expecting an eerie story that would keep me up at night, I found myself continuously waiting for ‘the good stuff’." What do you do when a book doesn’t meet your expectations? (Cannonball Read 14)

I love this couple. They said what they said. pic.twitter.com/uETqgyZnoJ

← A Brief Rundown of What's Happening on NBC's 'This Is Us' In Its Final Season | Documenting the Downfall of Former President Donald Trump: The Endorsement →