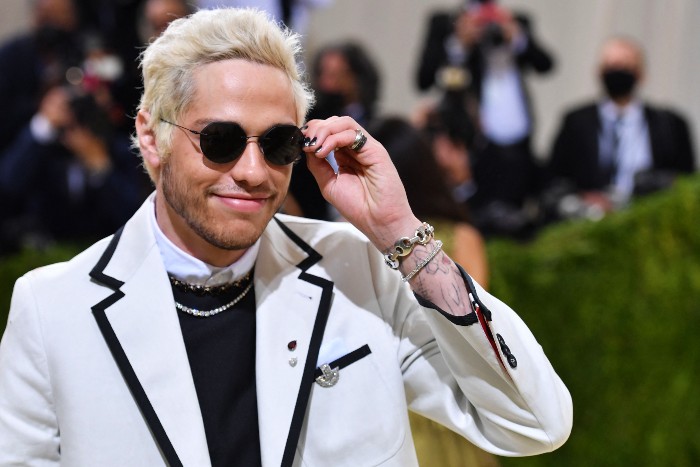 After months of turning the other cheek, Pete Davidson let Kanye West know he’s done being quiet. After telling West to “calm down” and “grow the f*ck up,” Davidson invited West to meet him at the Beverly Hilton Hotel so they can settle this privately and get Kanye the help he needs for the sake of his kids and their mother. (Page Six)

Prince William and Kensington Palace have “nothing to add” to racist SNAFU. (Celebitchy)

Congratulations to the person who paid $518,628 LAST NIGHT at the @Lelandsdotcom auction for Tom Brady's last touchdown ball. https://t.co/PIqbNhaWpV

‘If you want the girl next door, go next door’: Lori Petty on Station Eleven and surviving Hollywood https://t.co/FgGoagVbBs

thank you! finally. my work is done here. https://t.co/ks8hhBi44y

Sesame Workshop mourns the passing of Emilio Delgado, known the world over for his role as Luis on Sesame Street. A beloved member of the Sesame family for over 50 years, his warmth and humor invited children to share a friendship that has echoed through generations.

After a week of getting browbeat for not doing the right thing, Disney CEO Bob Chapek has apologized for not taking a stronger stance against Florida’s “Don’t Say Gay” bill and announced that Disney has paused all political donations in the state. (IndieWire)

Hillary warned you all about Tulsi. (Mediaite)

Obi-Wan Kenobi’s original story was so grim, it got rewritten. (io9)

MG Dietzel would really like people to know that though Neal Stephenson’s books, like Termination Shock, are chonkers, they are also pulpy, fast reads. "And sure, he does go into multi-page digressions about whatever his current research obsession is, but that is also interspersed with plane crashes and people shooting boars out of helicopters." What would be your elevator pitch to someone who hasn’t read Stephenson? (Cannonball Read 14)

Happy birthday Ruby. I am proud 2 be your mother & am sending support 2 all trans families across the US targeted by conservative legislatures & I VOW 2 use my freedom of speech 2 SUPPORT my child & ALL trans children trying 2 live FREELY as who they are. #ProtectTransKids pic.twitter.com/qCXxtBRKaA

← 5 Shows After Dark: 'Outlander' on Starz, 'The 27th Annual Critics Choice Awards' on The CW | Jane Campion Breaks the Social Media Record for Squandering Good Will →