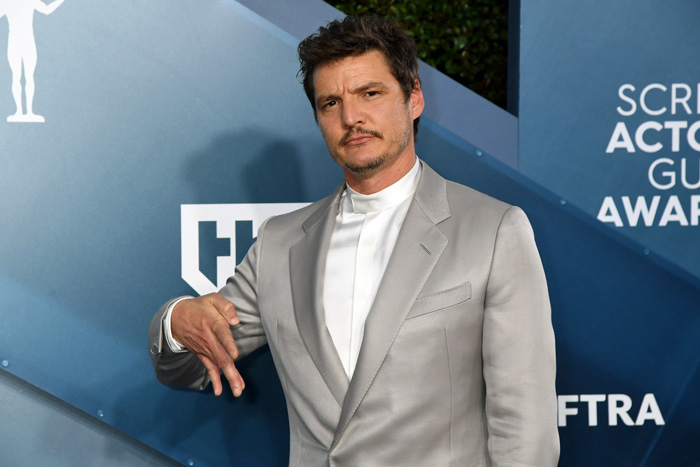 Jennifer Lopez opens up about not getting an Oscar nom for Hustlers. (Lainey Gossip)

Shia LaBeouf denies every single one of FKA Twig’s allegations and wants her to pay all of his legal costs plus damages. Jesus… (Dlisted)

Mila Kunis regrets having a dry January during the insurrection. (Celebitchy)

Right-wing jackasses like Ben Shapiro and Tim Pool, who combined have the intellectual depth of a thimble full of mayonnaise, are working overtime to try and equate Pedro Pascal’s tweet below with the bullshit spewed by Gina Carano. Unless you’re an absolute moron like my blood relatives, you can clearly see the difference.

John Fetterman has had eight years to apologize for pulling a shotgun on a Black jogger in 2013, but still refuses. Why? (Very Smart Brothas)

The far right is abandoning Alex Jones because he’s not extreme enough for them anymore, which is definitely what you want to hear barely a month after their last terrorist attack. Super neat. (San Francisco Gate)

And speaking of, I’m sorry, but it is absolutely your business that Marjorie Tayor Greene ran for Congress as a Super Jesus Warrior who will restore “Christian values” to America, and yet, she can’t seem to stop boning random dudes at the gym. (Daily Mail)

Definitely won’t be obsessing over this until tomorrow’s episode drops. Haha, no sir. I don’t even know what a Wanda Journal is and certainly don’t have one stashed in the garage.

#DarcyLewis has a Mickey Mouse watch and #TheVision has a calculator watch. I love these details. ❤️ pic.twitter.com/he8xSZCw1G

Ex Machina and Devs actress Sonoya Mizuno is heading to Westeros as a cast member on the Game of Thrones prequel series House of the Dragon. (IndieWire)

Only the most online-addled brains are obsessed with Neera Tanden and genuinely think dunking on her somehow counts as any sort of political analysis. — It doesn’t — Case in point: MY FATHER™ equated Tanden with Trump on The View today. (Mediaite)

For a network that desperately needs content for its new streaming service and seems to be greenlighting everything, it’s very odd that HBO just passed on two comedy series from Mike Judge. Then again, we all saw the final season of Silicon Valley. (AV Club)

Evangelical financial guru Dave Ramsey thinks there shouldn’t be more stimulus checks because the poor are “pretty much screwed already,” so why try and help them? Very Christian of you, Dave! (Uproxx)

With Valentine’s Day swiftly approaching, this week’s Cannonball Read Comment Diversion celebrates our favorite book couples. All genres and gender pairings are welcome! Who gives you all the feelings? (Cannonball Read 13)

Our Princess was never a victim, always kicked ass, has had girls looking up to her for 30 yrs and became a General. The actress who played her wasn't transphobic/Anti-Semitic, was an inspiration for speaking about mental health, and brought the fun to SW with her script edits. https://t.co/RyGNfBTMiu pic.twitter.com/UHw89iQEIE