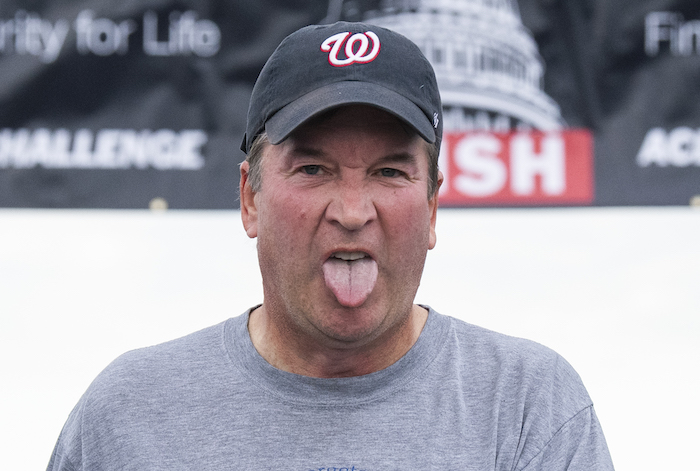 “I said, brrrr, it’s cold in here! Must be some Clovers in the atmosphere!” - (Jezebel)

That garbage-shaped human in San Francisco, caught on video spraying an unhoused woman with a hose, has been arrested and charged with misdemeanor battery. - (KXLY)

Republicans and their good ol’ Christian values are at it again, just like Jesus said, “Feed the poor…scraps and bits, and make sure to keep them as unhealthy and miserable as possible, amen.” - (Business Insider)

I have to agree with Sarah on this; I would watch a Buster Keaton drama with Johnny Knoxville as Keaton. - (Lainey)

“Without Batman, crime has no punchline.” Mark Hamill is retiring his Joker. - (TMS)

Mo’Nique and producer Lee Daniels have made up and made a movie together. - (Shadow and Act)

‘Cause Lainey can’t have one damn thing that she likes, now orange juice is trying to kill us. (Scary Mommy)

And to my father who said, “You need to go to college, Lainey, because no one is ever going to pay you to eat cheese and sleep,” I say, O RLY? (Food and Wine)

In a twist, a Stephen King adaptation that was supposed to be released on Hulu is being released to theaters instead. - (THR)

BMG is suing a toymaker for promoting a brand of “unicorn poop” toys by releasing a song called “My Poops.” Per BMG’s attorney, “Music, especially a hit song such as ‘My Humps,’ adds great value when…” I’m gonna’ stop you right there. - (Billboard)

The Mindf*ck of Midlife - (The Cut)

Happy Chinese New Year! Wishing you a year of abundance and prosperity. - (MF)
You get TWO today because I just could not decide between them!