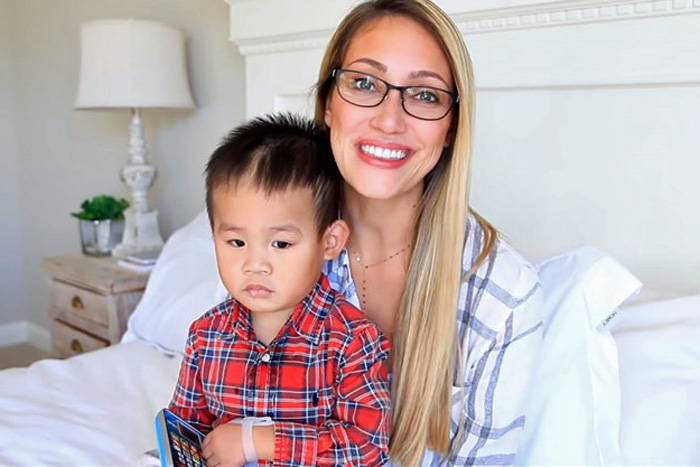 Myka Stauffer Is Losing Sponsorships After Admitting That She 'Rehomed' Her Autistic Son? Good

Is Blake Lively really acknowledging that her plantation wedding was a terrible idea here? I honestly can’t tell, which is part of the problem. (Lainey Gossip)

Stephanie Pratt is somehow still a thing — Why? — and is rightfully getting dragged for tweeting “shoot the looters” despite being a known shoplifter. White people, ladies and gentlemen! (Dlisted)

And now for a brief moment of justice in the world, Myka Stauffer, the asshole YouTuber who rehomed her adopted autistic son is losing sponsorships left and right as she goddamn should. (Today)

Josh Lucas’ ex-wife took him back, and his way of saying “thanks” was to allegedly cheat on her during a pandemic. Classy. (Celebitchy)

Is Antifa part of Obamagate? Just trying to keep up.

I don’t know about you, but I legitimately can’t wait to hear how many people would bone Werewolf Ryan Gosling. Should be lit. (Atom Insider)

Jackie Aina calls out brands who love capitalizing on black culture, but are being eerily quite right now. (The Root)

Trump is in the worst position of any incumbent president since the advent of polling, and I love everything about those words. (LGM)

My son goes on to YouTube to look for skateboard videos and you guys are instantly recommending him Ben Shapiro and Tucker Carlson. You can fuck right off. https://t.co/QIGSi44qvD

Kathryn VonArendonk on the problem with the long-standing TV trope of always making cops the main characters. (Vulture)

So you know how I just mentioned that some brands need to be more vocal about Black Lives Matter? NextDoor definitely isn’t one of them. In fact, they should probably just sit in the corner and think about being nice. (Jezebel)

Cannonball Read believes #blacklivesmatter and that people are more important than property. If you want to know more how to be anti-racist but don’t want to burden your Black friends with the emotional labor, Cannonballers have some books for you that may be a good place to start. Consider Ijeoma Oluo and Ibram X. Kendi’s books on addressing racism,  Ta-Nehisi Coates and Angie Thomas’ novels about being Black in America, or Robin DiAngelo and Elizabeth Gillespie McRae’s books on whiteness. Have you read any of these? Do you have others to suggest? (Cannonball Read 12)

I kinda love that even @dog_rates is just taking people down. pic.twitter.com/AxchwiDmkt