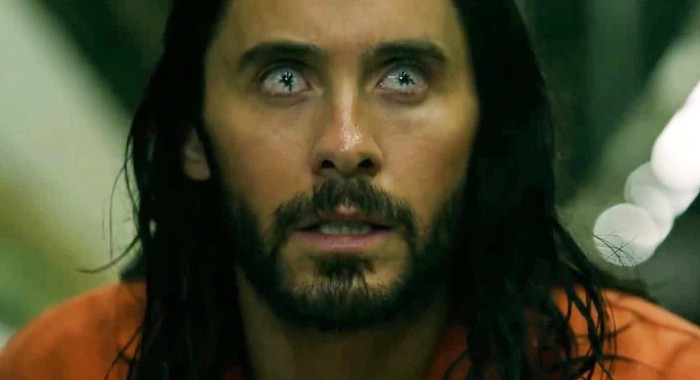 It looks like Spider-Man: No Way Home slipped in just under the wire because the theatrical release delays are back again starting with Morbius, which just got punted into April. (THR)

While Kanye waits for Kim Kardashian to “run right back to him,” he’ll continue to date a revolving door of actresses and Instagram models, which is sure to entice her back. Women love that. (Dlisted)

John Mulaney and Olivia Munn are “closer than ever” now that their son is born and they’re barely getting any sleep. Just a perfect recipe for total romantic bliss right there. (Celebitchy)

The FDA authorized the use of a third dose of the Pfizer and BioNTech COVID-19 vaccine for children aged 12 to 15 years https://t.co/Dj74IUoRLY pic.twitter.com/N4mGPria8J

From Alberto: So Chilean beekeepers dropped 10,000 bees in front of the presidential palace the other day. (Twitter)

From Steven: Good news everybody! The proof of concept works, so getting sharks their own battlemechs is now just an engineering problem. (Twitter)

When asked how such a nice lady could edit Martin Scorsese’s violent gangster pictures, Schoonmaker replied with a smile,”Ah, but they aren’t violent until I’ve edited them!”

And speaking of Scorsese, Keanu Reeves will star in The Devil in the White City adaptation that Marty and Leonardo DiCaprio are executive producing for Hulu. (Deadline)

The first review of Cannonball Read 14 was of a book that profoundly impacted returning Cannonballer MarkAbbadon, Isabel Wilkerson’s Caste: The Origins of Our Discontents. "The biggest influence Caste had on me was to help me reframe how I approach some of these discussions and topics." Have you read Wilkerson’s exploration of the hierarchy of power in the United States? (Cannonball Read 14)

Anyone else already giving up on their New Year's resolutions? In case you aren't sure what you're looking at, Juanita the armadillo is napping in her exercise wheel. pic.twitter.com/hCYPmwBjtB