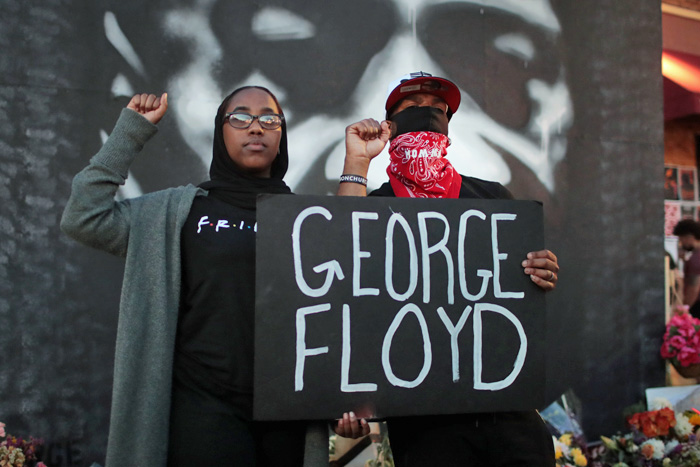 Minneapolis Pledges to Disband Its Police Department, Here We Go

Kanye West donated $2 million to the families of George Floyd and Breonna Taylor then marched in a BLM protest. If he’s trying to make amends for the MAGA hat business, this is not a bad step. (Celebitchy)

Movies NOT to watch when trying to educate yourselves on racism:
The Help
The Blind Side
The Green Book
Freedom Riders
Any other White Savior movie…

The Pittsburgh Post-Gazette barred a Black reporter from covering protest-related stories and is now censoring articles. I wish I could say I’m surprised. (The Root)

Niecy Nash on the heartbreak and rage of black parents. (Vanity Fair)

After the colossally butt-stupid decision to run Tom Cotton’s fascist op-ed without even reading it, James Bennett has resigned as the NYT Editorial Page Editor effective immediately. (New York Times)

The lethal history of rubber bullets — and why they should never be used on peaceful protesters. (Fast Company)

Ramesh A. Nagarajah with a profoundly good piece on what it means to be the token Black friend. (Medium)

Justice Smith from Detective Pikachu and The Get Down shares his story as a queer black man. (Instagram)

Strong piece on the particular trauma felt by Black journalists covering this nonstop cycle of their community being murdered by police. (LA Times)

Manimama reviewed Dale Mayer’s Skin, which she says you should avoid, and three books in Christina Lauren’s Wild Seasons series, which she liked. The Wild Seasons series revolves around two groups of friends who drunkenly get married in Vegas. "The first three books are well written with great characterization and the sex scenes are really well written." How far away does strangers marrying in Vegas seem right now? (Cannonball Read 12)

h*ck it, thread of black-owned dog businesses that deserve a fat slice of that $100 billion we’re estimated to spend on our pets this year…https://t.co/wUAg85c0fr