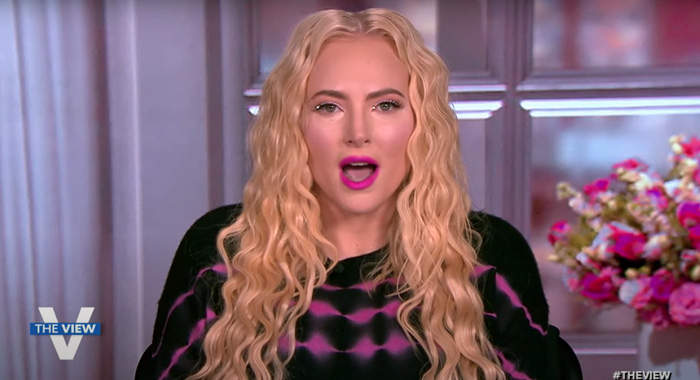 Following Trump’s acquittal, Meghan McCain farted out a patented MAYO MyFATHER™ take on the current defense measures being taken in Washington, D.C. To the surprise of no one, she seemed unwilling to engage with why those defenses are there and which party is responsible. (HuffPost)

Bridgerton’s Regé-Jean Page apparently has a girlfriend. My deepest condolences to the millions of flooded basements and popped tents out there. (Lainey Gossip)

Machine Gun Kelly has been wearing a drop of Megan Fox’s blood around his neck, which really doesn’t sound like the smartest idea during a pandemic, but if it works as well as it did for Angelina Jolie and Billy Bob Thornton, it should be a moot issue very soon. Possibly even today. (Dlisted)

Joss Whedon allegedly got off on making female writers cry, which tracks with Charisma Carpenter’s claim about his “casual cruelty.” (Celebitchy)

Counter-argument: no, it doesn’t. https://t.co/U4t9aWFDb5

Phoenix cops caught on body-cam were allegedly upset that they forgot to “stomp” and “gas” BLM protesters who were “leaving.” (The Root)

Zack Snyder’s Justice League will have a 10-minute intermission- what? Why the f*ck for? Does he not know how streaming works? People have a pause button, my dude. They’re gonna be using it. (ComicBook)

Bridesmaids was originally a lot weirder, according to Barb and Star Go to Vista del Mar’s Annie Mumolo and Kristen Wiig. (IndieWire)

Mission: Impossible 7 & 8 are no longer shooting back-to-back, so I’m assuming Tom Cruise never got those army of COVID-testing robots he wanted, or there were too many alien ghosts in the vicinity. It’s a toss-up. (Deadline)

And speaking of COVID, has the lockdown made you see your friends in a new, terribly reckless light? God knows I have some shit to say about my family. (The Guardian)

The Wall Street Journal actually thinks the impeachment trial is proof that the Republican Party is going to break up with Trump. Haha, OK, buddy. (Uproxx)

Are you having feelings about books and have no place to put them? Do you look forward to Kayleigh’s book posts just so you can share your thoughts? Then Cannonball Read is the place for you, and registration for CBR13 is closing, so now is the time to sign up. Join them in their mission to stick it to cancer, one book at a time. (Cannonball Read 13)

Special thanks to Hannah for once again bailing me out on the pet content:

← 5 Shows After Dark: '30 Coins' First Season Finale HBO, 'All-American' on The CW | Mother Nature Is Playing Some Cruel Tricks in the South this Week →