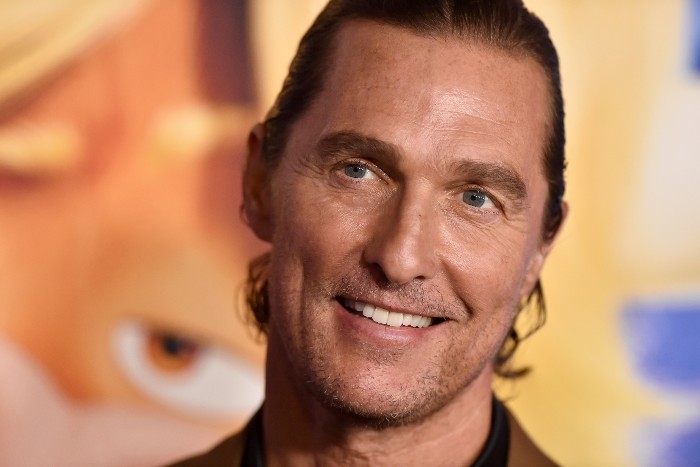 Right out of the gate, I don’t want to dog on what Matthew McConaughey is trying to do with the op-ed he published today. Even if it frustratingly adheres to his commitment to being non-offensively middle of the road, the guy is trying to stop kids from being murdered in their classrooms. In a nutshell, McConaughey is calling for common-sense gun control measures even though he says they are not that, but instead, “gun responsibility” measures that still protect the Second Amendment. Make no mistake, any of these policies happening would be a good thing and McConaughey doesn’t mince words that the problem is guns. That said, he stops short of banning assault rifles, so your mileage may vary. (USA Today)

I’ll cut to the chase: Michael B. Jordan is single. (Lainey Gossip)

Madonna and 50 Cent are at it again. (Dlisted)

From Petr: Did not know. Based.

Fun fact: Matthew Modine was originally offered the role of Maverick in Top Gun and knew it would be a massive success but didn’t want to make a two hour commercial for the military. pic.twitter.com/tAbqTzY1WB

The Scrubs cast and Bill Lawrence are ready for a revival. (AV Club)

Neve Campbell bounces on Scream 6 after getting low-balled. (Variety)

My Grandpa Dave told me he was sure he was gay when he was moving into his dorm room freshman year of college and there was a boy “with the prettiest eyes;” after Grandpa passed, I learned from my mother who that boy was. pic.twitter.com/DTYw6sKFmZ

Paramount is being sued over the rights to Top Gun. (Mediaite)

Netflix promises Sweet Tooth Season 2 is coming soon, and if you haven’t watched the first one, it slaps. (The Wrap)

Happy Pride Month! GentleRain treated himself to Blue Delliquanti’s sci-fi graphic novel, Across a Field of Starlight, and felt very seen. "The art is beautiful, the writing is layered, the relationships are nuanced and interesting, the plethora of body types and genders are a joy, and it is always a relief to read trans characters done by a trans author." What books have made you feel validated? (Cannonball Read 14)

Time lapse video of teachers from August 2021 to June 2022 pic.twitter.com/sv25pSkbz3

← 5 Shows After Dark: 'Irma Vep' Premiere HBO, 'American Ninja Warrior' 14th season premiere | Watch the Teaser for Prime Video's 'A League of Their Own' Series Featuring a Hell of a Cast →