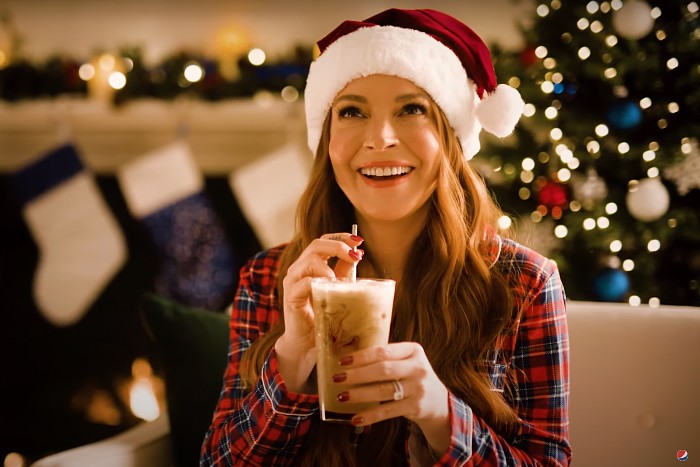 In what can only be described as a deliberate attempt to make the Baby Jesus cry so hard he’ll wish it was Easter, Lindsay Lohan and Pepsi have teamed up to inflict Pilk on us this holiday season. What’s Pilk you ask? Exactly what it sounds like. Pepsi and milk. Why?! (People)

Tom Holland and Zendaya are not engaged. Yet. (Dlisted)

From Jen: The Mandalorian Season 3 finally has a release date. (Variety)

After the Danny Masterson mistrial, Leah Remini lit up the Church of Scientology and let them know she’ll be on their ass until the day she dies. (Rolling Stone)

I don’t celebrate media layoffs, but I’ll allow this one. As a treat. (Mediaite)

The Rings of Power had its first major recast already. (THR)

The overall reaction to Emily Ratajkowski and Pete Davidson is yawn. (Daily Beast)

The View co-hosts are not fans of Peacock’s Casey Anthony docuseries. (The Wrap)

Ingres77 first reviewed Futuristic Violence and Fancy Suits by Jason Pargin (formerly known as David Wong) back in 2015, and reread it to brush up before reading the sequel. "I don’t think this book holds up quite as well upon re-read. I still found it engaging, but a bit too straight-forward for my liking." Which books haven’t been as good on a second read? (Cannonball Read 14)