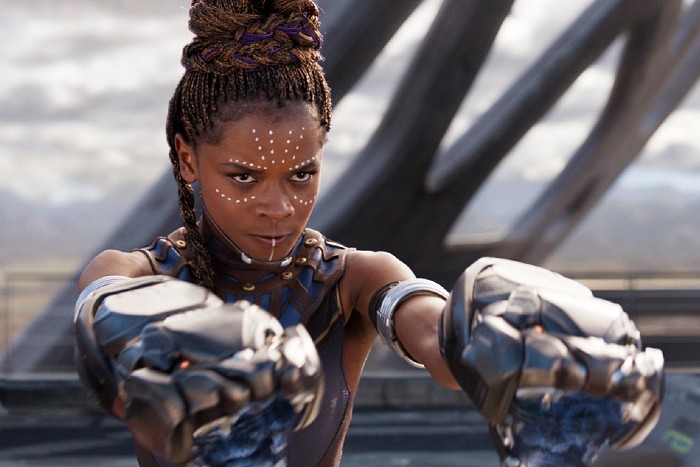 After oddly waiting a whole entire week, Letitia Wright has broken her social media silence by denying the THR report claiming she’s been spreading her anti-vaxx views on the set of Black Panther 2. Ensconcing the whole thing in a Bible verse was a nice touch. (Instagram)

Checking in on where we left the Roys ahead of Succession Sunday. (Lainey Gossip)

Candace Cameron Bure has “PTSD” from hosting The View. (Dlisted)

Oh fuck off. Straight isn’t “default” anymore. If a character can be straight in a comic book without groans, they can be queer. Fuck out of here with this “think of the children” mentality, it’s 2021.

From Tori: A new male contraceptive device in development may make the question “Honey, did you remember to teabag your ultrasound bath thingy?” a standard part of foreplay! (IFLScience)

From James: Get yourself a chunk of that sweet, sweet chicken feed. (USA Today)

Mortal Kombat will be 30 years old in 2022. But 2021 marks 30 years since we actually BEGAN working on the game. To celebrate, it seemed like a fun idea to share some behind-the-scenes stuff. This clip shows how we created Scorpion’s iconic (GET OVER HERE!) spear move. (1 of 9) pic.twitter.com/3f1tdvjG9R

Katie Couric admits she withheld RBG’s not-so-great comments on kneeling during the national anthem to “protect” her. (New York Post)

Ted Sarandos’s response to the Dave Chappelle backlash has prompted plans for a trans employee walkout at Netflix. (AV Club)

A delightful interview with the Timothée Chalamet stan who leaked those Wonka pics over the weekend. (Vulture)

You may know Lisa Hanawalt’s art from BoJack Horseman, but did you know she’s also authored several books? Rooooomie reviewed one of her early books, Hot Dog Taste Test. "Even if you can’t directly relate to something she talks about, she makes you feel comfortable to explore your messier side, which is something we should all do a little more." (Cannonball Read 13)