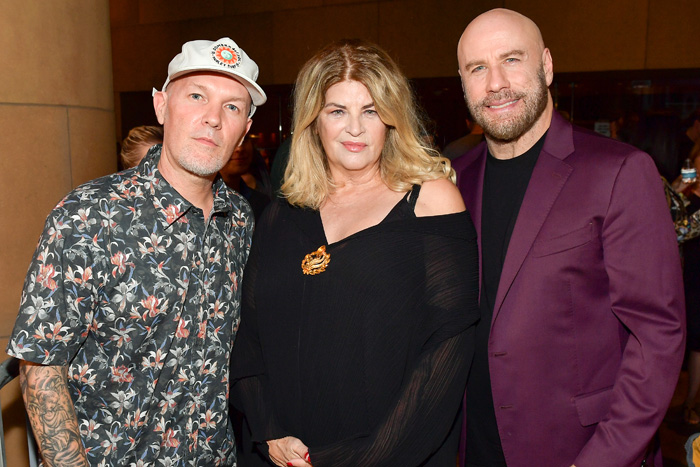 Kirstie Alley Announced She's Voting for Trump; It Went Really Well for Her

So right off the bat, the old guy on the left is Fred Durst — yes, that Fred Durst — and I’d be lying if I said his random appearance wasn’t 99% of the reason why I went with Kirstie Alley getting dragged for voting for Trump as the headline story. (Forbes)

Timothée Chalamet wants everyone to know that if the photo of him kissing Lily Rose Depp was a publicity stunt, he would’ve tried not to look so pale. (Lainey Gossip)

Home Improvement’s Zachary Ty Bryan was arrested for domestic assault and is apparently a Trump supporter, so that all checks out. (Dlisted)

Rupert Murdoch is telling people Biden will win in a landslide. (Celebitchy)

Me and my dad after my growth spurt the summer of eighth grade https://t.co/eAOujl1uSx

For the Colin Firth lovers in the house, these pics will soothe you. (Go Fug Yourself)

Ice Cube is Ellis from Die Hard. (The Root)

My man Brian Grubb sat down for a great interview with Walton Goggins, and yes, they talk about running around with a pickle in your mouth. (Uproxx)

Psst… Biden’s “cognitive decline” is a bullshit attack that the Dirtbag Left served the right on a silver platter and still uses.

Lara says, "First and foremost I had no idea that Joe Biden ever suffered from a stutter. I think what we see on Joe Biden on stage is very clearly a cognitive decline."

Tapper isn't having it. pic.twitter.com/qGlfOLzd3k

Bill Maher sucks out loud and even he can see the Hunter Biden emails as the transparent ratf*ck that they are. (Daily Beast)

To bolster the main thesis of this column on the Sprouse twins, I worked in gossip for years and I remember every single scandal they’re talking about involving Miley Cyrus, Vanessa Hudgens, and Demi Lovato. But until today, I genuinely had no clue that Cole Sprouse is a twin and isn’t just some random actor from The CW’s random actor farm in Vancouver. Mind: blown. (Jezebel)

An anti-choice lady made a sitcom and it’s like a D&C for your brain. (Wonkette)

The 18th century period drama, Harlots, brought Hallie Rubenhold’s The Covent Garden Ladies to The ShitWizard’s attention. "Rubenhold has done a great job of taking what was essentially just a list of ladies alongside their attributes and their prices, and turning that into a very human story." Have you watched the series or read any of the author’s other books? (Cannonball Read 12)

From Roxana: Miley really went for it, and it is GOOD.