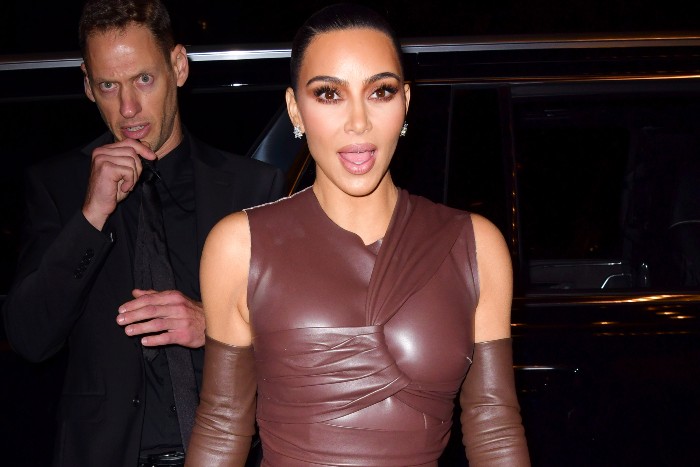 Kim Kardashian is getting rightly blasted for making what is easily the most tone-deaf quote of the past two years: “I have the best advice for women in business: Get your f*cking ass up and work. It seems like nobody wants to work these days.” Apparently being married to a Trumper rubbed off on her because she sounds exactly like 90% of my blood relatives and high school classmates. (BuzzFeed)

Aaron Rodgers and Shailene Woodley have been inseparable ever since his move to rekindle their relationship on Instagram. (Lainey Gossip)

Black Panther director Ryan Coogler was handcuffed after he was mistakenly targeted as a bank robber. (Dlisted)

i am losing my gd mind pic.twitter.com/fKGLVMfAAP

what the fuck disney? pic.twitter.com/Uek9bII2XV

Leftists are using bad history to argue against NATO, and well, pretty much everything if we’re being honest. (The Daily Beast)

Warner Bros. just shoved a whole bunch of its upcoming DC Comics movies back, and yes, that includes all three heavy hitters: Black Adam, Aquaman 2, and The Flash. (The Wrap)

Amy Schumer reveals why she bailed on making a Barbie movie, and it somehow involves the words a “high heel made out of Jell-O.” (IndieWire)

Jon Hamm was almost Mr. Sinister in The New Mutants. Talk about dodging a bullet. (io9)

Jake was surprised by W.E.B. Du Bois’ Black Reconstruction in America: 1860-1880. "Because while, yes, this is a well-documented look at the political life of Black people during the period of reconstruction, it is also in many ways an examination of labor in the United States post-Civil War." How familiar are you with the history of the Reconstruction era? (Cannonball Read 14)

golden retriever spotted. purposely laying in the middle of the sidewalk to get pats from strangers. very strategic
(sassthx IG) pic.twitter.com/jP2Kf6ed0J