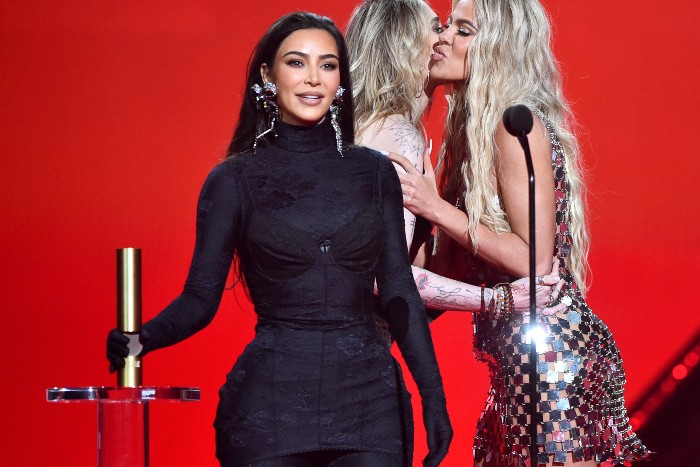 Kim Kardashian managed to piss off her millions of Instagram followers by posting straight-up spoilers from Spider-Man: No Way Home. I’m talking she took photos of the movie screen and put them in her Instagram Stories, which I’m sure Marvel just loved. (People)

Betty White shares her secrets to a long and happy life. (Dlisted)

if i had been the manager of these actors i would’ve fought like hell to have andrew cut out because he ate them all up pic.twitter.com/vaZzfbuHQJ

I hope book of Boba Fett has a scene where he reminds my brother and I to stay cool. pic.twitter.com/1FWSCIVkyA

Joe Rogan is having his comedy shows canceled because he refuses to get vaccinated. Good. (Mediaite)

The Matrix Resurrections was going to happen at Warner Bros. even if Lana Wachowski wasn’t onboard. Awkward. (Collider)

If you want to know how bad the COVID situation is on Broadway, Hugh Jackman tested positive, forcing The Music Man to go dark. (Deadline)

Wanderlustful enjoyed Souvankham Thammavongsa’s Giller Prize-winning collection of short stories, How to Pronounce Knife. "For the most part, Thammavongsa isn’t focused directly on the aspiring part, but the small interactions, misinterpretations and obsessions that her characters experience." What’s the best anthology you’ve read lately? (Cannonball Read 13)

Skateboarding robots? Welp, we had a good run.

Leonardo (LEgs ONboARD drOne) is a bipedal robot that can fly, by @caltech CAST. pic.twitter.com/Qwed3dzxZ2