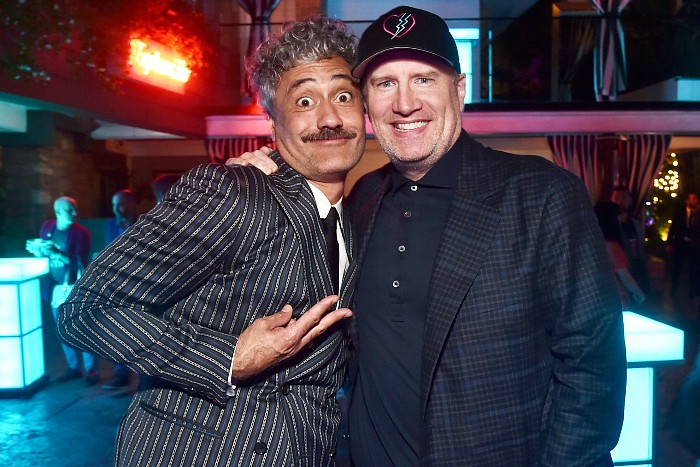 Hey, how’s it going? I have a reputation around here as being a “Marvel Guy” because I don’t contort myself into weird brain pretzels by accusing them of being neoliberal propaganda that tricks people into joining the Army or get all butthurt because T’Challa is clearly Hillary and Killmonger is obviously Bernie, so guess who those corporatist whores at Disney just had to make the villain! At the end of the day, they’re (mostly) neat little flicks that let me bond with my kids for two hours once every few months. I know that’s impossible to grasp if you’re a childless socialist who hates fun, but maybe log off Twitter once in a while, tovarisch.

Anyway, before I go off for hours — which I frighteningly could — my main point here is that whenever I defend Marvel, it’s not so much that I’m defending the franchise as I’m railing against the most brain-stupid online horseshit you’ll ever read in your life. Because, make no mistake, the Marvel franchise is in wobbly shape. Instead of halting production, they forced a bunch of movies to still come out, which is why everything except Eternals looks like it was shot inside a CGI shoebox because you can’t have your million-dollar stars getting COVID. On top of that, they oversaturated the market with Disney+ series that for the most part felt like homework. Even worse, Doctor Strange in the Multiverse of Madness basically retread and shat all over the surprisingly excellent WandaVision, so why even bother watching them?

All of this is to say that I’m not entirely buying Kevin Feige’s confidence that people aren’t going to get sick of these things. Granted, he does make a solid argument that there are 80 years of material to pull from and a wide variety of genres to explore. I spent all last week having my mind melted by Earth X, a behemoth epic that I cannot recommend enough. The problem is that Marvel is not exploring genres anymore. As much as I hate to agree with this criticism, they are all starting to look the same. Thor: Love and Thunder and Doctor Strange 2 were the rushed CGI shit shows in a box that I mentioned earlier, and the once fun and zippy Guardians of the Galaxy and Ant-Man have third installments coming out that both look like their own dour versions of Endgame. These movies used to have their own feel until the Marvel house style became too overwhelming. I honestly don’t know how you change that when Eternals did everything technically right in pushing the visual language in desperately needed directions, only to die on the vine and be written off as boring. (Sorry, folks, it’s a banger. I love it.) The money’s in the assembly line product, but how long will people keep showing up for it?

Adele pulls off an outstanding comeback in Vegas. (Lainey Gossip)

Why is everyone so mad at Kylie Jenner? This. This’ll do it. (Celebitchy)

From Roxana: Melanie Lynskey tried her hand at Prudie. (Slate)

Can we please just let the M&Ms f*ck? (Rolling Stone)

Nate Silver and FiveThirtyEight are in trouble. (Daily Beast)

Ada Calhoun’s Why We Can’t Sleep: Women’s New Midlife Crisis practically jumped into ASKReview’s hands. "Calhoun looks at so many different aspects of what life is like for middle-aged Gen Xers, and I appreciate that she’s clear that it isn’t all bad." What is surprising you the most about the age you are now? (Cannonball Read 15)