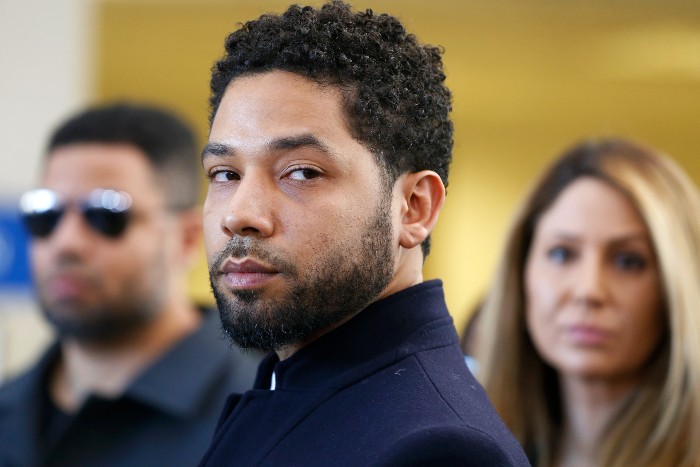 In a move that shouldn’t shock anyone who’s been following this case, Jussie Smollett has been found guilty of staging a hate crime and lying to the police. Consequently, real victims of real hate crimes will now have an even harder time being believed. Thanks, Jussie! (AP)

Sienna Miller wanted to expose Rupert Murdoch’s News Group Newspapers in court, but instead, she had to accept a settlement. (Lainey Gossip)

Olivia Wilde talked about the “false narrative” of her relationship with Harry Styles. (Dlisted)

Jennifer Aniston says the industry “is not that glamorous anymore” because it’s all about TikTokers. Where is the lie? (Celebitchy)

From Jen: RIP. Masayuki Uemura, creator of the NES and SNES, has passed away. (Nintendo Life)

From Claude: Here we go again! Once-stuck ship gets another chance for passage through the Suez Canal. (Bloomberg)

If I gave this neon colors and drew Frodo holding a bong, could I get rich selling it as an NFT? pic.twitter.com/j08BGNBOkq

Everyone hated it, so Netflix canceled Cowboy Bebop. (AV Club)

Alec Baldwin, bruh, what are you doing? (Deadline)

Michael B. Jordan is so damn hot, The View almost collapsed on itself. (Uproxx)

Wicherwill put off reading Tepre’s AO3 classic, Grounds for Divorce, because her disgust over JKR’s antics made her want to avoid the Harry Potter fandom. She was delighted to be able to return. "So I’m glad that I gave this story a shot, because it’s everything I love about HP plus a number of things I’ve grown to love as an adult." What fandom has grown with you? (Cannonball Read 13)

From Tori: The perfect nose boop. (To clarify, that is the dog that plays Pizza Dog on Hawkeye, seeing himself on TV, and I LOVE HIM.)