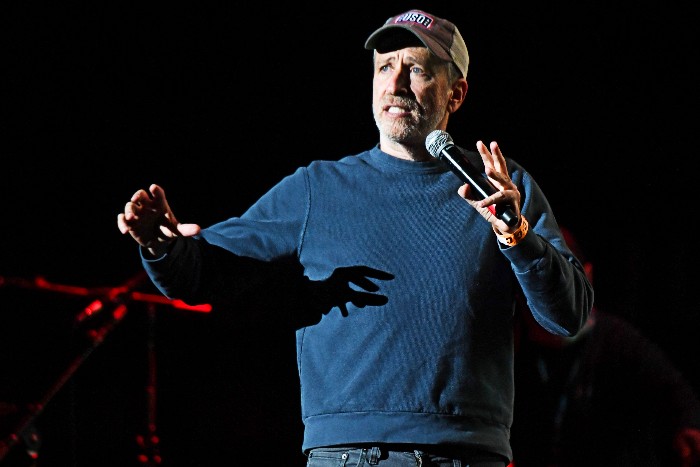 I’m sure he’ll probably throw a fit about these headlines like he did with the whole J.K. Rowling thing, but Jon Stewart went to bat for Joe Rogan and called the rhetoric around him “overblown.” This has become a predictable pattern at this point, but I can’t stress this enough: Never have heroes, kids. Not even once. (Mediaite)

The band formerly known as Lady Antebellum and blues singer Anita White have settled their lawsuits over use of the name “Lady A.” (Dlisted)

Kid Rock is still a goddamn idiot in case anyone was wondering. (Celebitchy)

From Kayleigh: Romancing the Vote is raising money for Fair Fight to help dismantle the legacy of voter suppression both in Georgia and across the country. Romance lovers can tune in on February 14 for a chance to bid on an incredible array of romance-related goodies! (32auctions)

From Dustin: More allegations that Dave Portnoy is a sh*tty human being. (The Cut)

From Claude: The Right Wing Conspiracy Machine has now targeted a Texas butterfly center to the point that they have to shut down. BUTTERFLIES, PEOPLE. (Business Insider)

Asian nations have been intermittently masking for many years and now, only now, do we understand the famously poor academic performance of their children.

Today I learned Javier Bardem really wanted to bone E.T., and yup, you read that right. This is happening. (IndieWire)

If you were stoked for the new Suicide Squad: Kill the Justice League game that was supposed to hit this year, you might want to sit down. (Polygon)

Lord of the Rings: The Rings of Power just dropped a whole bunch of character posters for the new series, which might be about rings. They’re being awfully coy about it. (Collider)

Dinah Lord wasn’t familiar with Theranos until a bunch of you pointed her to Bad Blood by John Carreyrou. "In a way, that we only see Holmes from the impressions she left on others, lets us understand how charismatic she was, and how people often leave their critical thinking skills outside when they believe in something wholeheartedly." Are you hoping Carreyrou will update the book after Eliabeth Holmes’ conviction? (Cannonball Read 14)

Thank you, Petr, for this life-affirming gem. Sweet Lord…

Some a$$hole threw a snowball at me while I was in the middle of my rant. Does anyone know who this is? I’m very upset by this pic.twitter.com/UMZfChLRmV