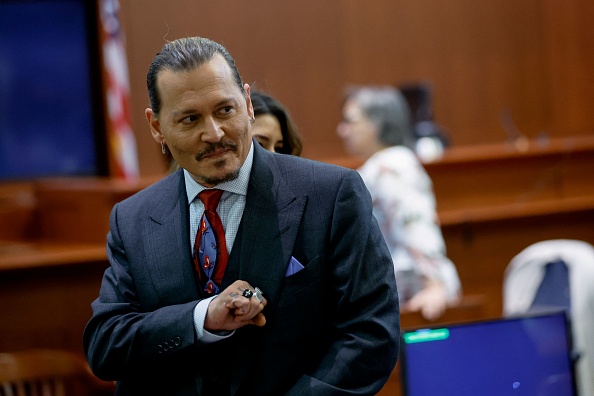 For various reasons, we’ve stayed away from the Depp vs. Heard trial because it is a toxic stew and we don’t want to incur any more wrath from the aggressive, omnipresent, batsh*t Johnny Depp stans, but (via Tori) this is an excellent piece (from a former Pajiba writer) on how Depp and his legal team are weaponizing Heard’s mental health against her. (Jezebel)

And make no mistake: The Depp stans are completely delusional, turning the trial into deranged fan fiction and overwhelming the Internet with it. It is inescapable. (MelMagazine)

(We’ve got some pretty good safeguards in place, but I apologize in advance if the Depp mob sneaks into the comments)

We’re on day 2 of EnvelopeGate, and after some reflection, I’m still largely of the same mind as I was last night, and I agree with Lainey: Sudeikis didn’t know, Wilde handled it like a champ, and the process server, at the very least, was very committed. The more cynical view is that Sudeikis knew, but also, if he did know, there’s no way this was his — or anyone’s — first choice, and it became a choice of last resort. But putting all that aside, I also know that, even between the nicest, kindest people — celebrity or otherwise — custody battles can get intense and nasty. (Lainey)

To wit: All these years later, Brad and Angelina are still going at it. (Celebitchy)

Chris Rock has cleverly figured out how to avoid being asked about Slapgate. (Dlisted)

For lots of reasons, I’m looking forward to Vanessa Bayer’s I Love That For You on Showtime this Sunday, and maybe one of those reasons are these fantastic looks. (GFY)

I was also about to say that I like what Elisabeth Moss is wearing, too, but Tom and Lorenzo set me, ahem, straight. (T&L)

I know that you’ll all be very sad to learn that James Corden will be leaving his late-night show in the summer of 2023. No. Don’t go. James. No. Please.

After an incredible run, James announces that he will bid farewell to The Late Late Show in 2023. pic.twitter.com/k9KtKNmv5Q

It’s been another sad day in the media world, as G/O Media (the current owners of Deadspin/Jezebel/AVClub, etc.) have continued their plunder, buying up Quartz. (NYTimes)

The CEO can’t even spell the name of the publication correctly.

In his announcement to G/O staff today, it appears CEO Jim Spanfeller misspelled the name of the publication his company just bought pic.twitter.com/ZVfmhSRlJH

Meanwhile, in our industry, about seven or eight months ago, Netflix began hiring a lot of very good writers and paying them well to write for their in-house pop culture site. Today, amid the cuts over at Netflix, they laid off a lot of those writers, many of whom left good full-time jobs to work for Netflix. (Verge)

From Claude: The fitness industry has gotten so weird that people are now finding success by … returning to the very basics. (The Atlantic)

And so does Hannah (TikTok)

Roxana has this, on Beyoncé’s Oscar performance being taped a week in advance. (Pitchfork)

Paul Tremblay’s forthcoming The Pallbearer’s Club made Jenna question who was telling the truth, the narrator or the character critiquing the story in the annotations. "I liked the narrative, I liked all the characters—I would die for Mr. Stephens the funeral director—and the pacing felt good." How do you feel about book characters talking to you, the reader, as you read? (Cannonball Read 14)

I really enjoyed hosting Pajiba Love this week. Mike will be back on Sunday!

← Recap: In Its Penultimate Episode, 'Moon Knight' Delivers Sense, Nonsense, And A Backstory Info-Dump | Elon Musk Has Some Ideas →