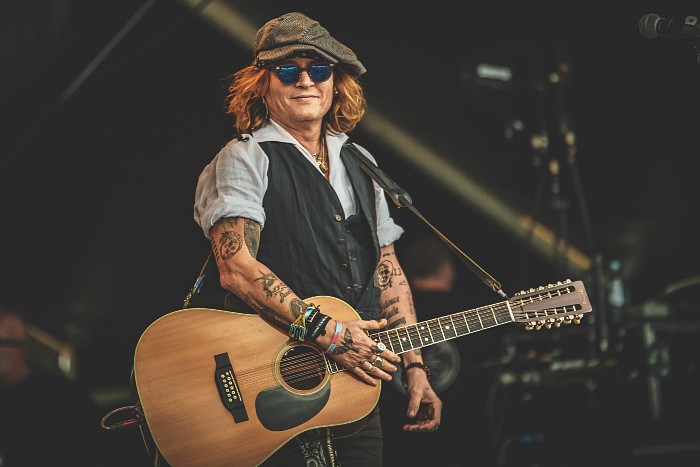 Because our world is a toilet, Johnny Depp has reportedly signed a new seven-figure deal with Dior to be the haggard, be-scarfed face of Sauvage again. I don’t know about you, but I totally prefer my men’s fragrances to have the essence of wino piss and gingivitis. Yum yum. (TMZ)

Looking back on Tyra Banks’s weaponized privilege and the damage caused to women by America’s Next Top Model. (Lainey Gossip)

Serena Williams is “evolving away” from tennis. (Dlisted)

I know exactly who Pete Davidson should date next. pic.twitter.com/OIcdgnDsbY

Kayleigh made her Consequence debut talking about the late great Olivia Newton-John. (Consequence)

From Seth: Our pal Roxana pulls us into an excellent deep (and spoilerly) dive into the body horror trauma of Resurrection. (Vulture)

Every NFL player who’s been suspended for weed is really going to love this news. Hoo boy. (Mediaite)

For a show that repeatedly claims it isn’t “woke” or “anti-woke,” the creator of The Terminal List sure seems to lean very heavily toward the latter. Just own it, bro. We all know what you’re doing here. (Variety)

From Dustin: Cool, or whatever.

Congratulations seem to be in order 💍

A day after Mar-a-Lago was searched, my local congressman and MAGA butthole Scott Perry had his phone seized by the FBI. Love to see it. (Axios)

Another DC project just got bodied at HBO Max. (The Wrap)

Ezra Miller will appear in a movie at TIFF, but they won’t be listed in the credits. That’ll teach ‘em. Watch out! (AV Club)

Isle McElroy impressed Claire Badger with the way they made a difficult story look easy in the_atmospherians. “McElroy throws so many balls in the air and keeps juggling, successfully introducing challenging and difficult elements to make this tight-rope walk of a book work.” Have you read a book by a new author that impressed you? (Cannonball Read 14)

← 5 Shows After Dark: 'Password' Premiere on NBC, 'Only Murders in the Building' on Hulu | Primaries Continue to Set Up Best-Case, But Terrifying, Scenarios for Democrats →