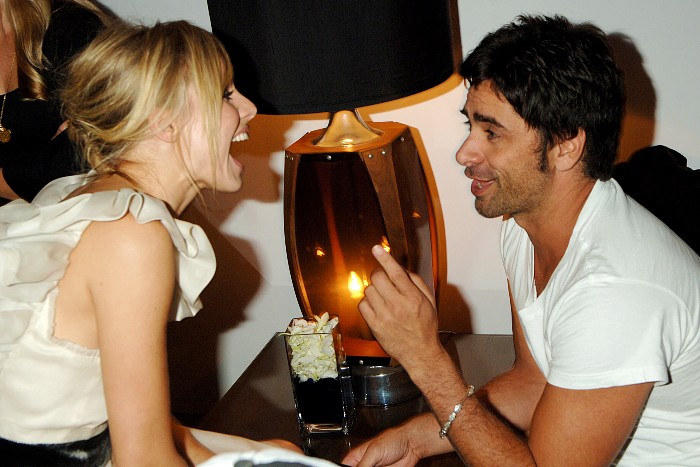 As one does, John Stamos stopped by Dax Shepard’s podcast and revealed that he almost dated his wife Kristen Bell. According to Stamos, the two were almost set up in 2005 when he was 42 and Bell was only 25. — That’s a 17 year gap for the mathematically challenged. — However, the age difference was reportedly too much for him. Although, Stamos got over it later because he’s now married to a woman who’s 23 years younger than him. Celebrities, they’re just like us? Maybe? I dunno. It’s the last Pajiba Love of 2022. Whooooo! (People)

Kim Kardashian is catching heat for posting a TikTok video that seemingly shows her dogs being forced to live in her garage. (Dlisted)

Ariana DeBose does pushups with her knees down: “There’s nothing wrong with that.” (Celebitchy)

From Tori: Just remember, there IS a darker timeline… and it’s the one where James Corden played Samwise Gamgee. (Variety)

If this isn’t confirmation that Matt Berry is going to be in Knives Out 3, making us all richer for it, I don’t know what is. (Vulture)

Cassidy Hutchison saved herself from the fire. (Esquire)

A Stan Lee documentary is coming to Disney+. (THR)

Easily the most beautiful thing written about the destruction of Twitter, and frankly, the past 30 years of the internet. I felt this in my bones. (Cat Valente)

OK, maybe Avatar: The Way of Water has legs. (Deadline)

Chatelaine is getting ready for CBR15 by finishing a review of Weather by Jenny Offil, which she started in 2020. "For me it’s a series of moments, some profound, some deeply interesting and even moving, but they didn’t quite add up to the pleasing whole that Dept. of Speculation did, for me." How are you getting ready for next year? (Cannonball Read 14)


← Review: 'The Big 4' Is The Other Must-See Netflix Movie This Month | Celebrating A Year of Weezer On Jimmy Kimmel: Live →