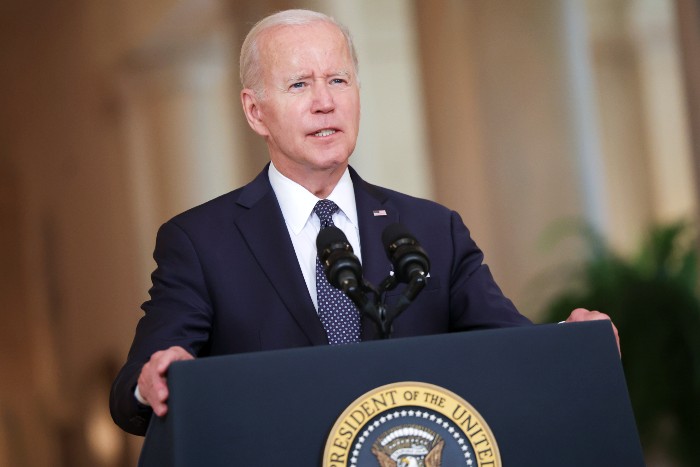 In a move that I would certainly classify as doing something, President Joe Biden has called for a nationwide assault weapons ban following a deadly two weeks that has practically seen a mass shooting every single day. Republicans, on the other hand, think more guns are the solution, particularly in the hands of teachers, whom they just spent months calling “groomers” and radical deviants. With that in mind, obviously, both parties are exactly the same. It’s almost impossible to tell them apart, amirite?

Today, President Biden called for banning assault weapons and high-capacity magazines in a prime-time address to the nation from the White House in which he said “this time we must actually do something” and that the 2nd Amendment is “not absolute.” https://t.co/kiCTACxVw0 pic.twitter.com/W30h31OgLd

The Windsors are reportedly desperate to use the Sussex children as “inclusivity props.” Gross. (Celebitchy)

NEW from me: I spoke to DV survivors & victims’ advocates about the Depp/Heard verdict. According to one advocate, “hundreds” of survivors have already retracted victim statements & pulled out from court cases as a result of watching the trial. https://t.co/rG1KA4BEPP

From Claude: You know what the embattled crypto sphere needed? Deepfake scams. (Vice)

From Roxana: The only time I have found Gwyneth Paltrow relatable.

Losing my mind at this back and forth in the comments section. pic.twitter.com/g6swQiTsNd

Warner Bros. is sticking with Ezra Miller in The Flash because, frankly, their only other option is scrapping the movie entirely. (Variety)

A new job has made it tough for Mobius_Walker to read, but Amanda Gorman’s poetry collection, Call Us What We Carry, reinvigorated him and made him fill the book with post-its. "I’m usually not one to mark up my books or put any post-its in books, but I couldn’t help myself. I needed something to be able to go back to my favorite poems and lines." How do you mark favorite passages? (Cannonball Read 14)

Love seeing all the love from LGBTQ+ fans today! Now here's one I call the "ready to fight your homophobic relatives" pose. Just kidding. (Or am I?) Haha! 😘 pic.twitter.com/5voHHdZViA

← 5 Shows After Dark: 'Under the Banner of Heaven' First Season Finale, 'This is Going to Hurt' Premiere AMC+ | Hulu's 'The Princess' May Be the Next Generation's First R-Rated Movie →