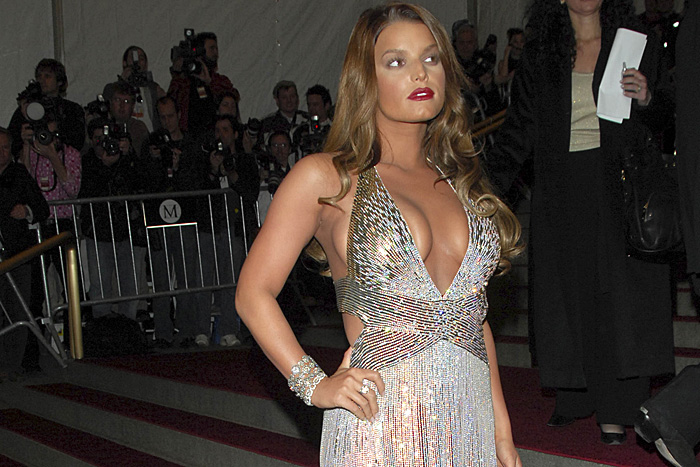 There’s a very compelling argument for Jimmy Fallon becoming the new Ellen DeGeneres, but minus the part where she treats everyone who works for her like dog sh*t. (Lainey Gossip)

Jessica Simpson defends the sheer audacity of being a woman with breasts after getting inexplicably body-shamed by Vogue in the year 2020. (Celebitchy)

There have been a lot of incredible takedowns of the self-proclaimed Grandma Killer, including her Nazi writings that I’m not going to link to, but this is my favorite.

After the graphic video of Ahmaud Arbery’s killing was made available to the public on Tuesday, prosecutors are finally pushing for the case to go before a grand jury. Should that have happened the first time they saw the very clear and obvious lynching captured on video months ago? Uh, yeah. (The Root)

In not entirely unrelated news, here’s what happened to one of the Trump-loving, lockdown protesters who was arrested for building explosives, which he specifically planned to use on cops. And you’ll especially love the part where a judge literally says, “Without the pipe bombs, lots of people believe what he believes.” USA! (JJ McNab)

Here are words I’m apparently about to write: Cate Blanchett has agreed to star in a Borderlands movie from Eli Roth. What a time to be alive? (Atom Insider)

Have you been loving the absolute shit out of the new She-Ra and the Princesses of Power on Netflix as much as I do? Here’s an interview with Noelle Stevenson on the fifth and, dammit, final season. P.S. Need a fun quarantine read? Stevenson’s Nimona is a joy and a pleasure. (Polygon)

Jared Kushner is a “human champagne flute” who should never be running anything ever again. (Humungus)

Sadly, this is a true story.

Reminder: Trump thinks painting the wall black will make it extra hot so immigrants won’t want to touch it. https://t.co/9JgpPlc9fI

Hey, remember those infection parties Meghan McCain’s husband was pushing in The Federalist? Idiots are actually doing them. We’re all going to die. (The Cut)

In case you didn’t know, Joe Manganiello is more than just a thick wall of abs, he’s also a consummate D&D player who knows how to make one hell of a campaign. (Variety)

When asked whether she had ever met someone famous, European Cannonballer blauracke responded very sensibly, "I don’t think I want to if it’s someone whose books I admire. That can only lead to disappointment." Her Quick Questions with a Cannonballer interview also covers why she’s reading what she’s reading, how she’s spending her time in lock down, and how she chose her CBR name - to honor the beautiful and endangered blauracke. How did you choose your Pajibanym? (Cannonball Read 12)

Congratulations to my dog for receiving her first GQ cover. She’s usually very private and although a dog of few words and mostly dismissive during the interview I believe that the journalist truly captured her true nature 😜. Thanks to @gqaustralia @matthewbrookesphoto and Jake Millar 🤙🤙

← Meghan Markle and Prince Harry's Son Archie Talks Already, Which Means I Have No Idea How Kids Develop | The President on a Projected 3,000 Daily Deaths, Basically: 'It's Merely a Flesh Wound!' →