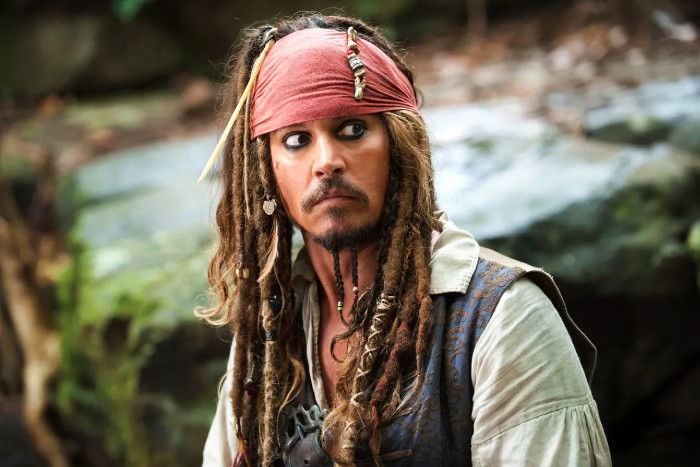 At this point, we should all probably prepare for Johnny Depp coming back as Jack Sparrow. It seems horrifyingly inevitable because our world is a toilet. Also, Jerry Bruckheimer can eat sh*t for this quote: “He’s a friend, a terrific actor, and it’s unfortunate that personal lives creep into everything we do.” Yup, it really is a huge shame we can’t watch a wife-beater pretend to be a pirate. Clearly, one of life’s greatest tragedies. (IndieWire)

Goop is on “good terms” with her exes. (Lainey Gossip)

Kevin Federline and Jamie Spears are writing a book about fatherhood together? Oh goddammit. (Dlisted)

James Gunn is not letting troll outrage drive the decisions at DC Studios, so wow, damn, it seriously is the end of the Snyderverse. (Gizmodo)

No nepo babies for Laura Dern and Michelle Williams. (Jezebel)

The FTC has fined Fortnite $520 million for invading kids’ privacy and tricking players into purchases. (Kotaku)

Tesla employees have reported Elon Musk to the National Labor Relations Board after he allegedly fired them for criticizing him. Sound familiar? (The Verge)

Steven Spielberg would like to profusely apologize to sharks. (AV Club)

Donald Glover is making a Spider-Man movie about the Hypno-Hustler? Why not? (THR)

Dome’Loki had heard about Murderbot, but it was a line in Emmalita’s review that prompted her to read the series. "Murderbot joins the small but memorable company of depressed robots and androids in science fiction - The Hitchhiker’s Guide to the Galaxy’s Marvin, Rogue One’s K-2SO, and arguably 2001’s Hal." Have you resisted the call of Murderbot, or are you excited about System Collapse in November 2023? (Cannonball Read 14)