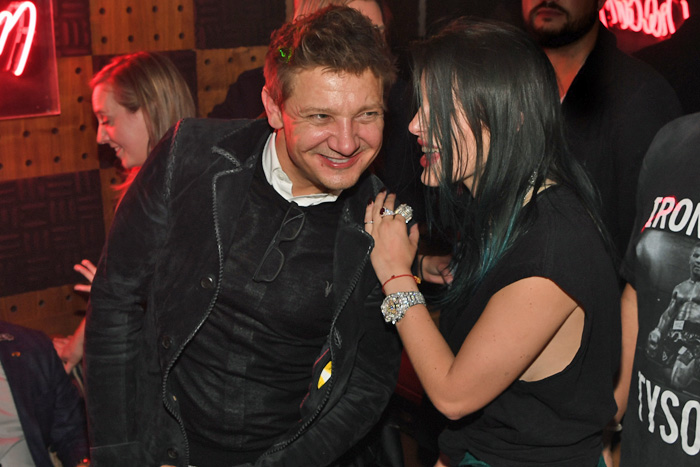 The Game of Thrones prequel Fire and Blood is moving ahead, but I’m pretty sure the one with Naomi Watts made it all the way to casting before… bursting into flames. I’ll let myself out. (Lainey Gossip)

Jeremy Renner’s ex wants him to get tested for drugs and COVID-19 because he allegedly keeps bringing “several young women” to party at his house in Reno while his daughter is there. Oh good. (Dlisted)

Mary Trump confirms what we’ve all known about Ivanka. She doesn’t do jackshit to curb her father’s asshole policies. (Celebitchy)

Remember when Paris Hilton allegedly freaked out after learning she made out with a guy at a club who might have been Black? I’m sure these two events aren’t related. (The Root)

To the surprise of no one, the shooting of a federal judge Esther Salas’ husband and son had nothing to do with conspiracy theories, and everything to do with a misogynist and a gun. As it always does. (The Cut)

This hilarious piece of satire on people who are totally being safe during quarantine was so spot-on, it made my blood boil. (McSweeney’s)

Roxana spoke with Gabrielle Moss for Parade magazine about the long-lasting legacy of Clueless, in a broad-ranging piece that also features interviews with Amy Heckerling, Gurinder Chadha, and Marielle Heller. (Parade)

this is absolutely deranged pic.twitter.com/Hl3x7xDi0J

As my daughter’s ninth birthday approaches and we have to lower her expectations on a daily basis, this column on parenting during the pandemic crushed me. (Esquire)

Netflix keeps telling us their original movies like Extraction and The Old Guard are hits, but are they really? (Vulture)

After enjoying C. L. Polk’s Witchmark, CoffeeShopReader was looking forward to the sequel, Stormsong. The world building and plot were excellent. "This time around there’s a lot more politics and the main perspective of the story changes from Miles to his sister Grace who spent a good bit of the first novel as a minor antagonist who went to the good side in the end but now has to deal with a lot of guilt about her part in the bad stuff." Are you reading any good series right now? (Cannonball Read 12)

This is Milo. He’s the butterfly king. Has ruled benevolently in this garden for many years. 14/10 (IG: milo_the_toller) pic.twitter.com/wM8v5YcIsW