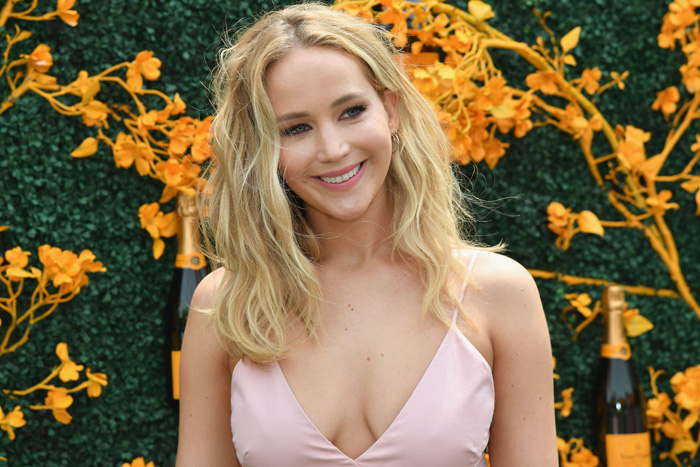 If you’re looking for a Halloween movie that isn’t Hocus Pocus, Bong Joon-ho’s Memories of Murder is a masterpiece of the crime drama genre. (Lainey Gossip)

Khloe Kardashian secretly had the coronavirus, and by secretly, I mean they sat on it until they could milk it for the show. (Dlisted)

Jennifer Lawrence sets the record straight on when she left the Republican Party after making everyone think it just happened recently. (Celebitchy)

Roxana was a huge fan of this trailer:

“There is only one way to break free…"

High school students in Maine are protesting a policy that prevents teachers from expressing support for Black Lives Matter. (The Root)

For the first time in its history, RogerEbert.com has endorsed a presidential candidate, and it’s obviously not Donald Trump. (RogerEbert.com)

From Tori: I don’t know why this Kyle Maclalchlan cameo on How to With John Wilson brought me as much joy as it did. (Vulture)

Matthew McConaughey apparently has “prophetic wet dreams.” Why not? (Jezebel)

Wait a minute, one of the writers on this panel looks familiar…

November 15! 3pm! @Dee_Lockett and @KristyPuchko and I will be talking about culture writing! Free panel! You should come! And bring your questions!https://t.co/Vbr5gfR4F0

From Andrew: Justin Turner’s selfish World Series celebration is a symptom of a much larger problem. (Yahoo! Sports)

Fox News is already talking about impeaching Biden, and I’m taking that as a sign that they know Trump is f*cked. Just going straight for the silver lining. (Daily Beast)

Sometimes ardaigle wants to cozy up with a favorite author treading familiar ground. Richard Russo’s Chances Are is about his usual subject, old white men, "But, Russo also shows that growing up and growing older aren’t entirely the same thing, and that maybe for all of us, we are just looking around at our lives and wondering how exactly we got here." Who is your favorite author? (Cannonball Read 12)

From Dustin: Here’s a super cute COVID Halloween song for the kids from a long-time reader.

← The 'This Is Us' Premiere Welcomes Randall's Birth Mom, Played by Jennifer C. Holmes | Tucker Carlson's October Surprise Got, uh, Lost in the Mail →