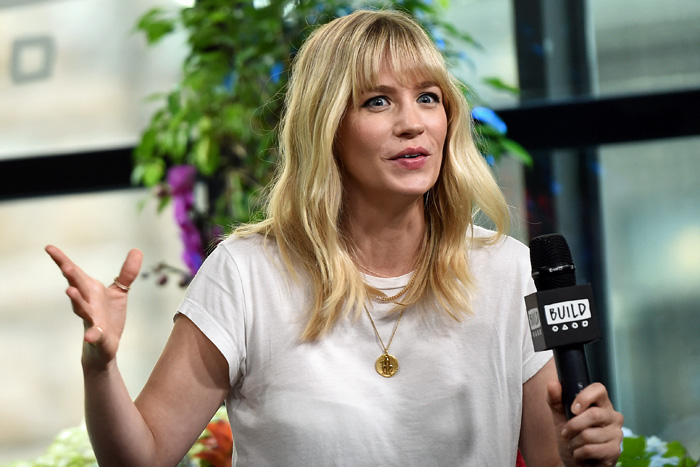 The National Enquirer tried to pull some stupid shit over January Jones’ Instagram account — which has been a delight this whole pandemic — and she completely roasted them. It wasn’t even a fair fight. (Uproxx)

If you haven’t heard by now, following the Alfred Molina news, everyone who’s ever been in a Spider-Man movie is now rumored to be in Spider-Man 3. The new one, not the god-awful one where Topher Grace is Venom. (Lainey Gossip)

Amanda Seyfried turned down the role of Gamora in Guardians of the Galaxy because she thought it would be the first Marvel movie to bomb. “I was very wrong.” (Dlisted)

BREAKING: Paul Giamatti will appear in Spider-Man 3, but not as Rhino. He will be playing his character from Sideways. pic.twitter.com/V9u6tN7dp5

Jemele Hill asks Jake Paul if knocking out Nate Robinson was racist, and Twitter did what Twitter does — implode. (The Root)

Roxana wrote an ode to the INCEST GNOCCHI in The Godfather Part III, because yes, sexy pasta is a thing, and we all deserve! (Vulture)

Kayleigh explains how Game of Thrones went from being the most beloved TV show of its generation to persona non grata in less than a year. (What to Watch)

Patty Jenkins has a more reasonable response to the Warner Bros. and HBO Max move, but in fairness, they actually consulted her first and cut her a nice, fat check. As they goddamn should have! (Deadline)

Speaking of HBO, they’re rebooting True Blood because welcome to complete destruction of the brand as it races to the bottom to churn out media content. (Variety)

Pete Wentz has Legolas hair. This is our world now. (The Cut)

Aquillia loved, read, and reread Lloyd Alexander’s Prydain Chronicles as a kid. She got access to most of them as audiobooks this year and listened to the series as an adult. "[T]he themes of trying to prove yourself worthy and finding your place in the world hold so much more meaning as an adult." What books would you like to rediscover as an adult? (Cannonball Read 12)

← 5 Shows After Dark: 'The Grinch Live!' on NBC, 'Alabama Snake' on HBO, 'I Can See Your Voice' First Season Finale | Correction: Donald Trump Completely Screwed Us On the Pfizer Vaccine →