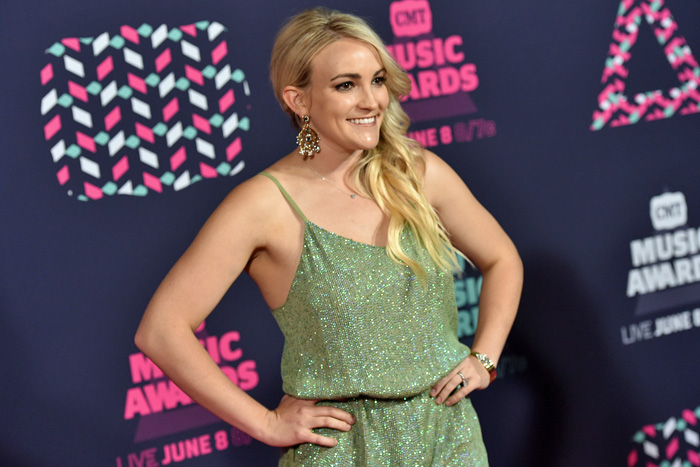 Jamie Lynn Spears Supported Britney 'Long Before There Was a Hashtag'

In a defiant Instagram video, Jamie Lynn Spears slaps down any insinuation that she didn’t support Britney and makes it clear that, unlike the rest of her family, she’s never lived off her sister’s money. Jamie Lynn also revealed that she encouraged Britney to ditch her lawyer years ago. (Variety)

Andra Day hasn’t even met Brad Pitt, so there goes that rumor. (Dlisted)

Prince William is still mad at his brother if anyone cares anymore. (Celebitchy)

This clip had Whoopi trending today, and as problematic as she can be at times (Roman Polanski comments, anyone?) I’m not going to pretend I didn’t love every second of this:

The elders let these young “progressives” know what time it is…

From Tori: The pandemic hits keep hitting — there is now a MAPLE SYRUP JUG SHORTAGE!(VTdigger)

Ivanka Trump reportedly lied in a deposition about her father’s inauguration, so is that bad? Are we talking perjury here? (Mother Jones)

Daniel Craig said the “Knives are out!” #knivesout2 pic.twitter.com/kibtgpGyEV

In one of those f*cked up moves only YouTube could pull, Right Wing Watch has been permanently banned while the actual dangerous right-wing videos it pulled clips from are still live on the platform. (Daily Beast) [UPDATE: YouTube has reversed the ban.]

Freaks and Geeks almost had a second season on MTV. (Collider)

Disney+ quietly updated the post-credits scene in the WandaVision finale for who knows what reason, but it apparently made an editing mistake that has everyone freaking out Doctor Strange and White Vision. (Reddit)

How familiar are you with Native American comedians? Kliph Nesteroff’s We Had a Little Real Estate Problem was an entertaining education for andtheIToldYouSos. "I do not want to steal the spotlight from the many Native comedians that Nesteroff chronicles, nor do I want to lay out all of the historical details that he has arranged with care, thought, and humor…you just have to read this book." (Cannonball Read 13)

His face says he has vim for everyone…!! pic.twitter.com/jKHDspFn0V

← Bachelor/Bachelorette Contestants Caught Grifting The Government out of PPP Loans | Lucas Black, From the Worst 'Fast & Furious' Movie, Has Opinions →