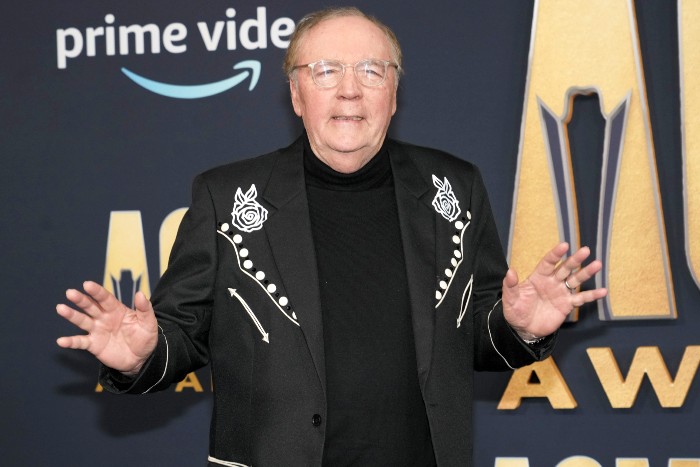 Somebody Come Get James Patterson Before He Says Anything Else

To put it mildly, James Patterson was on one this weekend. (USA Today)

Jennifer Hudson is now the youngest woman to EGOT after winning a Tony for her work on Michael R. Jackson’s A Strange Loop. (Lainey Gossip)

Amber Heard doesn’t blame the jury in her defamation trial, but she does have some words for social media. (Dlisted)

BET still loves Lil Nas X after he calls them out for homophobia. (Celebitchy)

Sarah Polley reveals what it was like to be a child actor on the set of Terry Gilliam’s The Adventures of Baron Munchausen, and I hope you’re ready to hear about a child almost being exploded several times. I’m not even joking. (The Guardian)

#DawnOfTheSeven is back! Despite still being in theaters, we heard all of your tweets and will be re-releasing the film this week! Don’t miss your chance to re-live all the action: use code ITS-MAEVIN-TIME to get a discount on your second ticket until June 30. pic.twitter.com/Mqh7yhc4T5

From Genevieve: Apparently the only incremental improvement in our lives we can hope for is billionaires accidentally doing good things while trolling other billionaires.

fuck billionaires always, but this guy (mark cuban?) has started an online pharmacy that offers life-saving drugs for cost + 15%, making some drugs like 2000% cheaper, so this can actually save a life and people should be aware, the site is.https://t.co/uU26EjOzQk pic.twitter.com/4OcibziPtd

From Kaleena: I truly feel as though Ariana DeBose did this on behalf of those of us who could only dream of briefly snuggling with Andrew Garfield.

NO BECAUSE THIS LEGITIMATELY WOULD BE ME IF I EVER SAW ANDREW GARFIELD #TonyAwards pic.twitter.com/sPwC0XpzOZ

From Dustin: How much do you hate your ears? Do you hate the Winkelvoss twins singing “Don’t Stop Believin’” much?

uh so i saw the winklevoss twins' band? tonight? like, it's really them pic.twitter.com/xVqYwQrztL

From Roxana: I came here to post this for Petr, but Dustin beat me to it.

Dustin follow-up: I was gonna say: How do the Winkelvoss Twins get on stage and sing a Rage song without getting booed off, but then I saw a guy in the audience with his sweater tied around his shoulders.

AndtheIToldYouSos could not resist picking up Katy Simpson Smith’s historical fiction, The Everlasting, when she saw its bright cover. The book was as good as the cover, but she recommends holding any further research until after you finish. "If you google too far, you will spoil the intricate and glorious connections within." Have you picked up a book just because of its cover? How did that go? (Cannonball Read 14)

I'm tired of Earth. These people. Their flavors. pic.twitter.com/pCjAymjanK