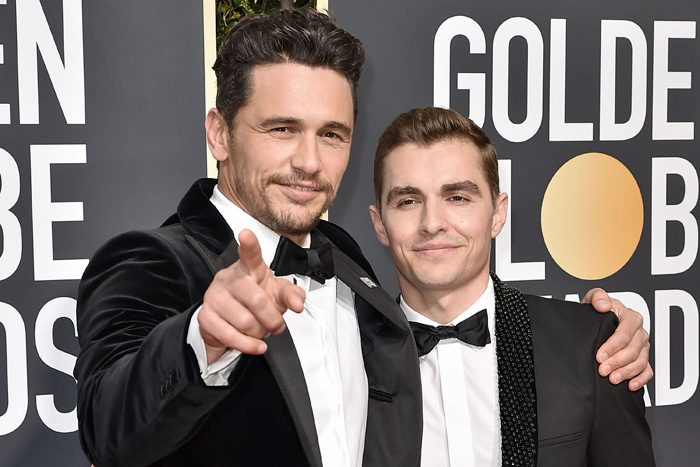 And the legal hits keep on coming. James Franco has settled the sexual misconduct lawsuit against him for $2.2 million, which doesn’t seem like a whole lot of money, does it? (Variety)

Kim Kardashian and Bella Hadid are copying each other’s pelvic dresses is what I got from this because I’m 80. (Lainey Gossip)

Chris Kattan reportedly got kicked off a flight for refusing to wear a mask after passengers noted that he visibly had snot running out of his nose. Awesome. (Dlisted)

Lourdes Leon got the hell out of Michigan after seeing her first MAGA hat on campus. Good call. (Celebitchy)

Mr. Bisonette makes his writing debut at The Gist with a celebration of 2021’s Hot Soul Summer. (The Gist)

Controversial opinion: Jack Holmes has a point that liberals are getting a little too hysterical over the Delta variant despite cases plummeting everywhere. (Esquire)

From Roxana: The fact that agricultural workers remain horrendously overworked and underpaid because of their exclusion from labor laws has always been shameful, and now even more so: senior citizens and children working in the Pacific Northwest are suffering this week through the historic heat wave, and now a worker has died. (Vice)

Quentin Tarantino had a lovely message for anyone who criticized his portrayal of Bruce Lee in Once Upon a Time in Hollywood: “Go suck a dick.” Naturally, this occurred on Joe Rogan’s podcast. (EW)

“The Oral History of Terminator 2: Judgment Day” has an amazing anecdote about how James Cameron doing ecstacy and listening to Sting led to Edward Furlong playing a young John Connor. (The Ringer)

I’m just gonna say it. Now probably isn’t the right time to trot out a beer commercial about how July 4th is back, baby, even if it’s Bill Pullman dusting off his Independence Day speech. Maybe punt this one to next year. (THR)

Narfna thinks you should read Thomas King’s The Inconvenient Indian: A Curious Account of Native People in North America. "It’s the kind of book that is eminently re-readable, the kind that makes you laugh while slapping you in the face. It’s quite the experience." What book would you describe as "quite the experience"? (Cannonball Read 13)

Happy International Asteroid Day to all who observe

← 5 Shows After Dark: 'The Bold Type' Series Finale Freeform, 'Dogs with Extraordinary Jobs' Premiere on Smithsonian Channel | Jane Levy Did Not Care for the Insinuations of Her 'Don't Breathe' Director, Fede Alvarez →