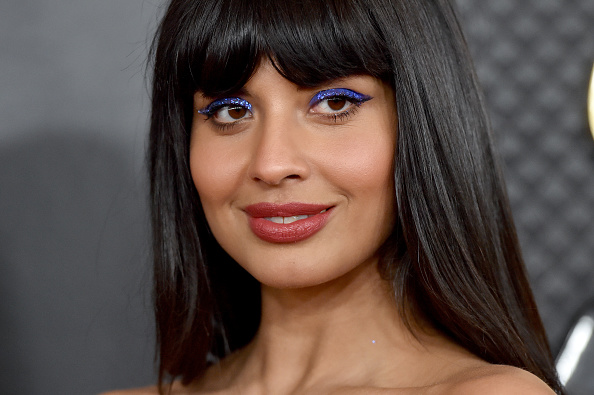 Jameela Jamil Is At It Again

A few weeks after incurring backlash for defending Will Smith during Slapgate, Jameela Jamil says she has quit Twitter today, citing the purchase of the social network by Elon Musk. However, before she bailed (I’ll believe it when I see it), she did defend Beanie Feldstein after her debut in Broadway’s Funny Girl was poorly received by critics.

They got a long standing ovation last night. Cunty, reviews travel further, faster. If she wasn’t jonah’s sister, they wouldn’t shit on her like this.

How does that help, Jameela? Is Beanie supposed to say, “Thanks for blaming my unlikable brother?”

In totally unrelated news, ahem, Lea Michelle is so close with Jonathan “I will kill your friends and family to remind you of my love” Groff that she let him inspect her vagina with a lamp and offered to carry his baby if he so desires. So, I guess she’s nice to her real friends. (Dlisted)

Wait, wait! Don’t stop talking about method actors yet! Sebastian Stan has a take, too! (Celebitchy)

Lainey revisits Ben Affleck’s time on Raya, and holy crap: I’d completely forgotten about that cringey video that Affleck left for the woman who swiped right (or left. I dunno. Whichever way you swipe to say “no thanks.”) The second-hand embarrassment is strong in this one. (Lainey)

Misha Collins misspoke yesterday when he suggested he was bisexual and very kindly apologized today. As Genevieve notes, “and 1,000 fan fictions die on the vine. (Lol, no they’re still happening.)”

Misha Collins has come out as straight. pic.twitter.com/NuWmsyMGrR

Lily James is very, very brunette now, so we can all forget that she had an affair with Dominic West! (GFY)

Tom and Lorenzo have the definitive recap of the RuPaul’s Drag Race finale, and do not forget it. (T&L)

My kid sent me this piece today, and it’s astounding. Back in 1932, a group of men conspired to kill a man named Michael Malloy and collect on the insurance policy. They plied him with hard liquor for days thinking he’d drink himself to death. When it didn’t work, they plied him with wood alcohol for several more days since even small amounts of wood alcohol was known to cause blindness. No matter! He only asked for more. Then they mixed rotten oysters with wood alcohol. He loved them and asked for more. Then they ran over him in a cab and backed up over him for good measure. He returned to the bar from the hospital a few days later and asked for another drink. Wow. I can only assume this man is a relation of Petr Knava’s. (The Smithsonian)

ElCicco is the first Cannonballer to review next month’s Cannon Book Club selection. "Last Night at the Telegraph Club is a real slice of 1950’s life but not the one many of us have been fed over the years." Cannonball Read will discuss Malinda Lo’s award winning novel May 20 & 21st. Have you read it? Will you post a book club review? (Cannonball Read 14)

Finally, Michael Caine tweeted today for the first time since January, and I leave you with his parting sentiments:

Good Night My Sweet Ones.