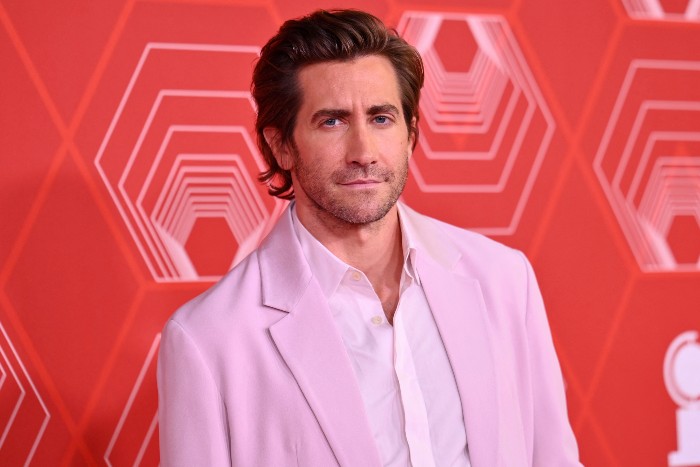 Jake Gyllenhaal Said Words About Taylor Swift, Everybody Freak Out!

Almost ten years after its release, Jake Gyllenhaal has finally commented on Taylor Swift’s “All Too Well,” and he swears it’s not about him. He’d also like Swifties to pull back on their cyberbullying, which is sure to go over well. (E! News)

Robert Pattinson tries to be honest while promoting The Batman on Jimmy Kimmel Live! but it doesn’t go so well. (Lainey Gossip)

Minka Kelly joins a growing list of actresses who were surprised by a request to go nude during their first day of filming Euphoria. (Dlisted)

Two years after the show ended its Netflix run, EW caught up with showrunner ND Stevenson and actors Aimee Carrero and AJ Michalka to discuss the power of Catradora https://t.co/ue8Tbs2LjG

Can someone please explain what is happening in this magazine cover pic.twitter.com/HeYiySyq6V

This is… the most selfish shit… I've ever fucking read??? https://t.co/UdlJshIN70

Michael Bay has a "special sauce" for movie explosions, he tells Empire: "It's like making a Caesar salad."

We killed 3D TVs. We can kill this.

Ava DuVernay is no longer doing business with Spotify. (Deadline)

Loki Season 2 has lined up its directors. (Gizmodo)

ElCicco thought she didn’t like the romance genre until she came across MsKingBean89’s Harry Potter fanfiction, Dress up in You, "Reading this romance unfold, you cannot help but wish these two would find a way to be together, but it’s obvious that that cannot happen until they both come to grips with their own personal, emotional issues and then figure out how to talk to one another about them." What makes you willing to read outside your comfort zone? (Cannonball Read 14)

And, finally, in honor of the Peacemaker finale and the Season 2 announcement: