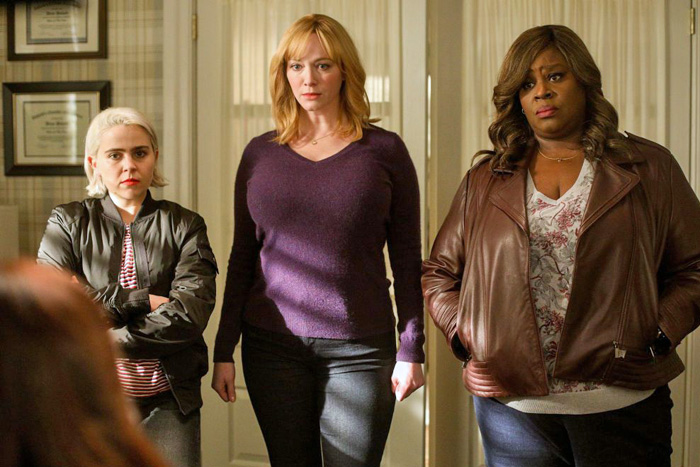 It Sounds Like 'Good Girls' Got Canceled Over Some Bullsh*t

So why was Good Girls really canceled? According to a new report, the show was all set to come back for a shortened final season until some bullsh*t went on behind the scenes, and NBC pulled the plug. (TVLine)

Happy Episode Five “Journey into Mystery” @LokiOfficial day! Here is one the biggest divas and the most demanding actor I’ve ever had to work with, taking a break from his reign of terror to relax in his chair #alligatorloki #loki pic.twitter.com/3WH57yt0Bz

From James: This is a serious vulnerability for anyone running Win10 or 7, and you should update your PC immediately. (CNN)

Is Ivanka Trump the next to be indicted? God, I hope. (Celebitchy)

From Jen: Everyone should watch Putney Swope at least once. (Deadline)

Here’s a pretty great story about Richard Donner’s generosity written by Chunk from The Goonies. (Variety)

Bill Cosby is planning a comeback tour. Of course. (The Cut)

Megan Fox would like everyone to reconsider Megan Fox. (Jezebel)

Bonnie found herself yelling at her husband and texting her sister with a lot of exclamation marks while she read Stephen Graham Jones’ The Only Good Indians. "This book is not for the faint of heart. Things… happen. Violent things." What books live rent-free in your head? (Cannonball Read 13)

This is beautiful, and is definitely the blessing that your timeline needs. #VaxThatThangUp #SmashWithScott https://t.co/AoS38GXFwU

← 5 Shows After Dark: 'Big Brother' Season 23 Premiere CBS, 'Dave' on FXX | The Only TikTok You Should Click On When Every Fiber of Your Being Is Telling You Not To →