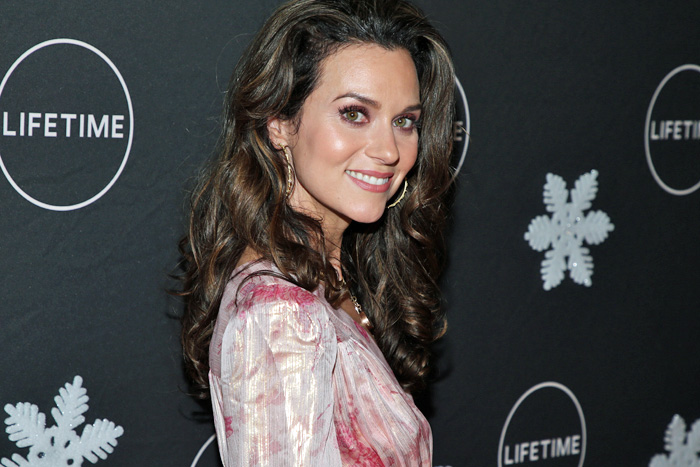 MTV top brass complimented Hilarie Burton on how well she handled being groped by Ben Affleck when she was only 19. And by handled it well they mean she didn’t cause a scene because this kind of thing was going to happen again, and they weren’t going to do anything about it. (Lainey Gossip)

Tyra Banks admits that she made some messy “off choices” during America’s Next Top Model after old video clips started bouncing around Twitter. (Dlisted)

If you saw what looked like a deliciously messy update to Neil Gaiman’s Goodreads account, I have some bad news. (AV Club)

This man jogged 2 miles through his neighborhood carrying a TV in his hands to prove that “looking like a suspect” who committed a robbery isn’t a good enough excuse for the murder of Ahmaud Arbery.

Neighbors waived hello to him as he jogged…pic.twitter.com/lxYfGpd8pD

Just a banner week for off-duty/former cops. You guys are doing great. (The Root)

If you thought Trump’s tweetstorm about Obama was unhinged, wait until he finds out what Rosie O’Donnell has been up to. (The Daily Beast)

Rose McGowan accused Bill Maher of being gross as hell to her during the ’90s, and I’m going to go out on a limb here and say, yup, this tracks. (The Wrap)

Another much-needed feel-good thread in these fart-ass times. (Tiffany Pitts)

There won’t be an apology to Marie Kondo because Marie hasn’t spoken out. Chrissy has. This is how you know @alisoneroman’s “apology” is performative. She’s sorry that her Mentions are ablaze, not that she needlessly maligned two women of color. https://t.co/UfKnQvsn8a

Hey, remember that dickbag who sued Google after getting fired for writing a 17-page manifesto about how men are naturally superior to women when it comes to tech? He didn’t get shit. (Gizmodo)

Josh Trank has been offering some deep reflection on his time directing 2015’s Fantastic Four, which yes, was an actual movie. I think. (Atom Insider)

Twenty-three years after publication, Jon Krakauer’s Into Thin Air is still a gripping read. Philrockwell says, "Based on Krakauer’s telling, even a standard trip up Everest demands a problematic acceptance of immense suffering and perilous vulnerability." Do you dream of climbing mountains? (Cannonball Read 12)

This is Archie. He may be a smol boy, but he’s got legendary hops. 14/10 elevator didn’t stand a chance pic.twitter.com/F5UYTWargj

← 5 Shows After Dark: 'I Know This Much is True' Premiere HBO, 'Disney Singalong: Volume II' on ABC | Donald Trump Sent 125 Tweets and Retweets Yesterday. Here's the One that Matters →