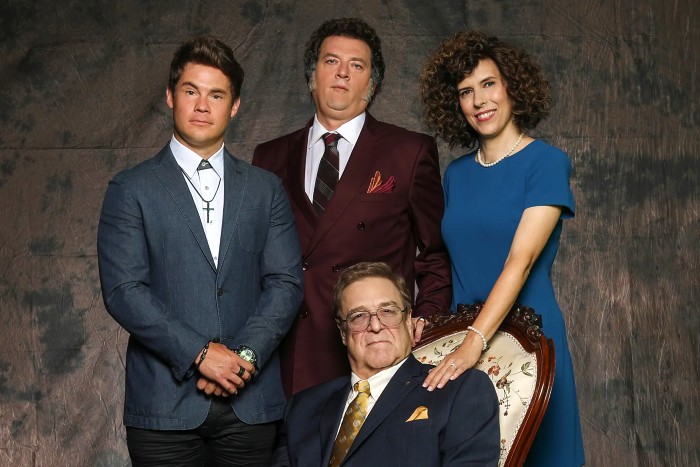 HBO is staring down the barrel of a class action lawsuit after two HBO Max subscribers allege their viewing history was shared with Facebook in violation of federal privacy law. I’m not a lawyer, but I’m guessing that bad. Also, the other day Twitter showed me an ad for Outback Steakhouse after I went there for my birthday. Is that something? How does that get Mike money? (Variety)

About 57% of Americans haven’t had covid yet: is it inevitable we get it? (Celebitchy)

Tallahassee split screen: Sen. Manny Diaz, R-Miami, explains why he voted for the parental rights/ “don’t say gay” bill as a protester holds a sign that reads, “If you voted for the bill, you voted against the children.” pic.twitter.com/mdvfUwM7Zt

Are you free Wednesday night? If so, join Roxana as she live-tweets John Carter from the Vulture account as part of their Wednesday Night Movie Club! Read her appreciation of the movie here and jump on Twitter if you would like at 7 p.m. ET Wednesday. (Vulture)

From Seth: Speaking of podcasts, Colbert was on the great Veep rewatch podcast last week and here at about the 41 minute mark, he talks about the need to make sure the jokes he makes about politics don’t numb the audience to the badness of it all, which is frankly a good reminder for those of us consuming the jokes (and news in general). (YouTube)

Christopher Eccleston is willing to come back to Doctor Who — alone. (io9)

From Nicole: Ugh, I wish this wasn’t so accurate. And I hate so much that it’s this woman who brought us Harry Potter.

From Roxana, who is making my job very easy tonight: The Jon Hamm/Cousin Greg overlap you didn’t know you needed! A fun Q+A with Hamm on his new podcast, his upcoming role in the Top Gun sequel, and people finally watching Mad Men during quarantine. (GQ)

Florence Pugh might be joining Dune: Part 2 unless she gets to be Madonna. (THR)

Why does this teaser for Chris Pratt’s new Amazon series look like a Parks & Rec gag? This might as well be Burt Macklin: Navy SEAL. (Collider)

For International Women’s Day, faintingviolet recommends a book by Egyptian American journalist Mona Eltahawy. "With…her own incandescent rage firmly lit, Eltahawy wrote The Seven Necessary Sins for Women and Girls as a manifesto for throwing over the patriarchy in seven actions." How are you planning to overthrow the patriarchy? (Cannonball Read 14)

Because we could all use a new wholesome Keanu Reeves story today. pic.twitter.com/4BlQFoBVsM