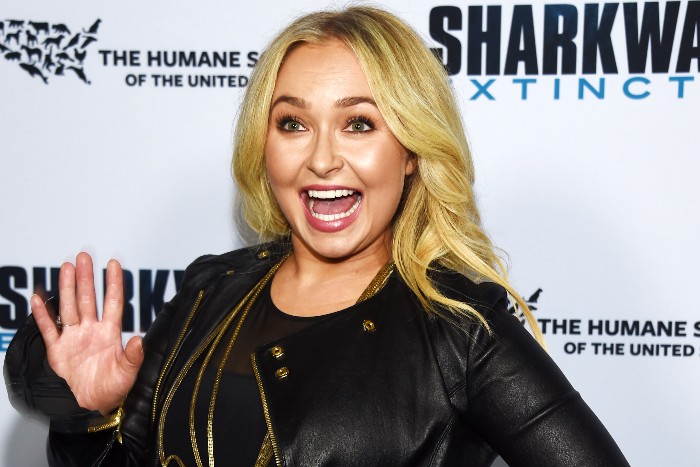 Hayden Panettiere and her super problematic boyfriend apparently started a massive bar fight in case you were wondering if that whole situation is still a flaming hot mess that’s going to end badly. (TMZ)

Get ready for a full-blown obsession with Bridgerton star Simone Ashley. (Lainey Gossip)

Dr. Oz was asked to resign from the President’s Council on Sports, Fitness & Nutrition, but he refused and is about to learn that he really didn’t have a choice in the matter. (Celebitchy)

Andrew was on a podcast about loving Star Wars. They talked about the prequels, Star Wars fandom, and the logic behind some of George Lucas’s most controversial decisions. (Yub Nub)

🚨 Satoshi Kon’s four films — Perfect Blue, Millennium Actress, Tokyo Godfathers, Paprika — and a documentary on his life and work, are all streaming now for free in the US for a week, courtesy of @NatAsianArt and @japanesecc: https://t.co/kg2byJ85Yt pic.twitter.com/H0VVJEfq56

I just found a new pizza place that ALSO do pizzas for dogs (giving benefits to a charity) SO THIS HAPPENED: pic.twitter.com/upXyrEZKQ3

This is a local business near me. Proofreading is very important. pic.twitter.com/tj31dhpepw

From Kayleigh: Oh no…

Did not expect HIM to pop up in this Barbie movie! #Oscars pic.twitter.com/hUNE43WHIo

From James: If you need happy tears.

After her dog had been missing for 21 days, she was called to the clinic to see if the dog they found was hers. 🥺🥲🥰

From Nicole: Beautiful, necessary, powerful, and also the thong peach cracked me up. (CNN)

Seven writer Andrew Kevin Walker heartily approves of The Batman homages because he knows a thing or two about trying to make a Batman movie work. (The Wrap)

Renée Zellweger reveals how producers tried to make her drink before talking her into nude scene. Her reaction: “I’m not gonna take that wine, but I would like a phone.” (IndieWire)

Adam McKay wishes Vice attacked the Democrats more. Oh, blow it out your ass, dude. You got to make your batshit Left Twitter movie. (Variety)