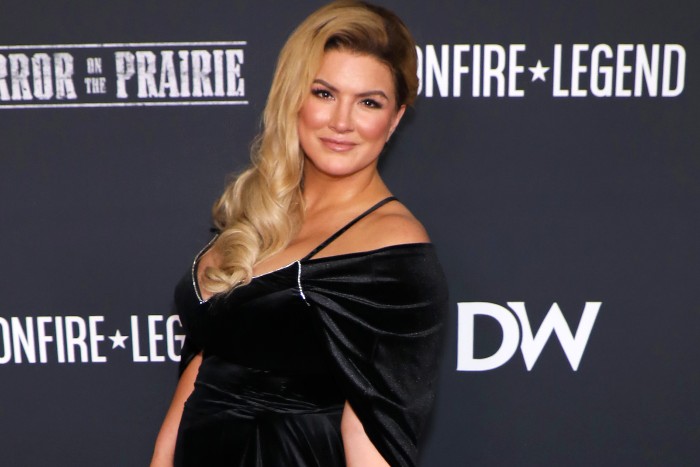 Right out of the gate, I am in no way trying to prop up Joe Rogan in any way, shape, or form. I’m just merely highlighting that Gina Carano went so far down the right-wing rabbit hole that even Rogan can’t get on board with what she’s pushing. In a nutshell, Carano said that the COVID lockdowns were done to intentionally harm people, which Rogan quickly shut down. As much as he’s latched on to every quack cure under the sun and pushed mountains of vaccine misinformation, he apparently draws the line at saying that mitigation efforts were done out of malice. We’re talking about a guy who endorsed DeSantis for president on the same episode, and even he’s like, “Yeah, no, lady. Not hopping onto this one.” (Mediaite)

Cameron Diaz is coming out of retirement. (Dlisted)

Carson Daly and his wife had a “sleep divorce.” (Celebitchy)

From Kaleena: Some people have pointed out that sometimes this is done as publicity prior to a format change. I, however, am going to continue operating on my first assumption, which is that a few soft rock DJs were just as sick and angry over the state of things as we are and chose to scream into the void using the means available to them.

A soft-rock station in Vancouver has been playing "Killing In the Name Of" by Rage Against the Machine for hours on a loop.

Whenever someone calls in for a request, they deny it and replay the Rage song again. https://t.co/r2yhK0qTSi

From Dustin: Kevin Bacon and his wife Kyra Sedgwick resurrect the ‘Footloose’ dance. Sort of.

Yesterday, some council official decided to remove the traditional cone on this infamous statue in #Glasgow.

From Andrew: OH MY GOD.

this should win an oscar for “best picture” pic.twitter.com/h3fHYC8JuU

Caity Weaver paid PennLive $900 to run her mom’s obituary, and it turned into the New York Post, Daily Mail, and even PennLive itself shamelessly aggregating her mother’s death for ad clicks. (Twitter)

Feeling pretty good about not jumping on the Substack craze. (The Wrap)

Dakota Johnson would like you f*cking weird humans to leave her out of the Johnny Depp and Amber Heard narrative, please. (Variety)

Wicherwill wishes she hadn’t been so reluctant to dive into C.L. Polk’s World Fantasy Award winner, Witchmark, because it was very much her thing. "It’s an all around excellent book, with some truly devastating stakes and characters who do a minimum number of illogical things for the sake of tension…" Have you read any of this Canadian author’s works? (Cannonball Read 14)

this is the coolest museum display ever pic.twitter.com/tFEBBpfYis

← 5 Shows After Dark: 'The Flash' Season Eight Finale on The CW, 'More Power' Series Premiere on the History Channel | Are You Ready For 'The Stranger Things' Finale? →