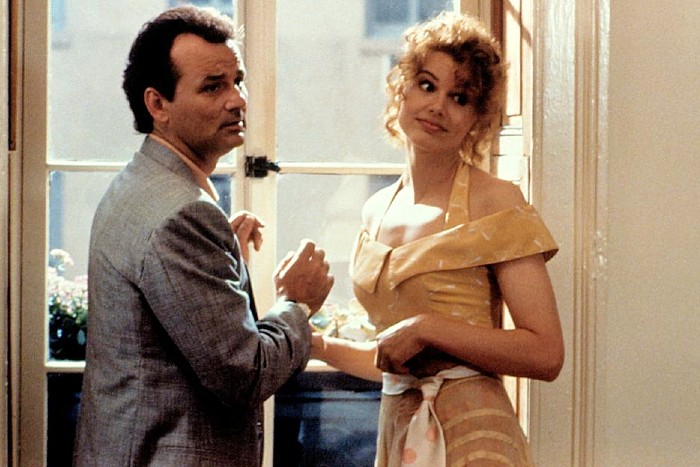 For years, Bill Murray has coasted on the reputation of the lovable rapscallion who crashes weddings and randomly starts tending bars. However, if you ask the employee at those bars what it’s like when he shows up unannounced, it’s not a fun picture. Nor are the tales coming from Murray’s female co-stars, which are starting to stack up. In her new book, Geena Davis alleges that Murray demanded he give her a massage with something called “The Thumper” the first time they met to make the 1990 film Quick Change. He then reportedly barged into her trailer and screamed at her in front of the entire production because the wardrobe department was behind. Really sweet lovable guy, that ol’ Bill. (IndieWire)

Lainey and the crew are off for Canadian thanksgiving, but maybe toss them a click if you can because they’re good folks over there. (Lainey Gossip)

The new Miss USA is being accused of cheating now. (Dlisted)

Kim Kardashian got booed by a stadium full of people. (Celebitchy)

It’s always a good sign when your lawyers give statements to the Feds about what they did or didn’t sign in regard to missing documents. Things couldn’t be better. (NBC News)

In a stopped-clock moment, Meghan McCain blasts conservatives for fangirling over Kanye before and after his adventures in antisemitism. (Mediaite)

Bernie Sanders doesn’t want Democrats to make a big deal about abortion in an election year when Roe v. Wade was just overturned. Dude, go away. (The Guardian)

Kniki took a chance on Honeybee by Craig Silvey as a free audiobook, and it turned out to be a rare 5-star listen. "The narration was brilliantly performed and added so much to the personalities of the characters and was probably one of the biggest factors in getting me hooked from the very beginning." What’s the best book you’ve listened to lately? (Cannonball Read 14)