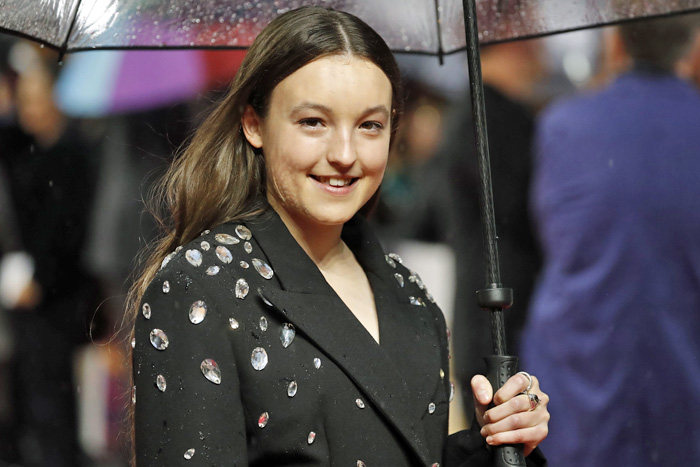 Bella Ramsey, who became a breakout hit as the badass Lady Marmont in Game of Thrones, has landed the coveted role of Ellie in HBO’s The Last of Us adaptation. (THR)

Keanu Reeves looking like a snack on his motorcycle, anyone? (Lainey Gossip)

Is every Pajiba Love going to mention WandaVision now? MAYBE.

In light of his DUI arrest, and not because of the shit show it caused on Twitter, Bruce Springsteen’s Jeep ad has already been pulled. (Rolling Stone)

From Roxana: For all the Bridesmaids fans, Cakeworthy has a mini collection tied to the film’s 10-year anniversary. (Cakeworthy)

From Kristy: Coming to Topic on February 25, Trans In Trumpland examines the struggles and resilience of the transgender community under the Trump administration and features intersectional issues such as race, immigration, and poverty. (YouTube)

From Tori: So Toast of London is getting a sequel series, but that’s not the thing here. This promo image is the thing!

Here’s a great read on how the Online Left is predominantly white, under-30, college graduates who are most likely to be making six figures, and have zero concern about how their “activism” affects the truly marginalized because they’ll be fine regardless. In other words, privileged shits. (NBC News)

“Slavery has never been properly addressed.” (The Root)

Teresalectro read Orange Blossoms-Love Blooms by Dalia Dupris when Mocha Girls Read chose it as their book of the month. "If you’re a fan of soapy Lifetime or Hallmark television romances, consider reading this California Hearts series." Do you have a favorite soapy family drama series to recommend? (Cannonball Read 13)

A guy cleaning up. And his little panda buddy… pic.twitter.com/8da8Kiqw6C

← #FireGinaCarano Is Trending. Again | Twitter Reacts To Gina Carano Getting Fired From 'The Mandalorian' →