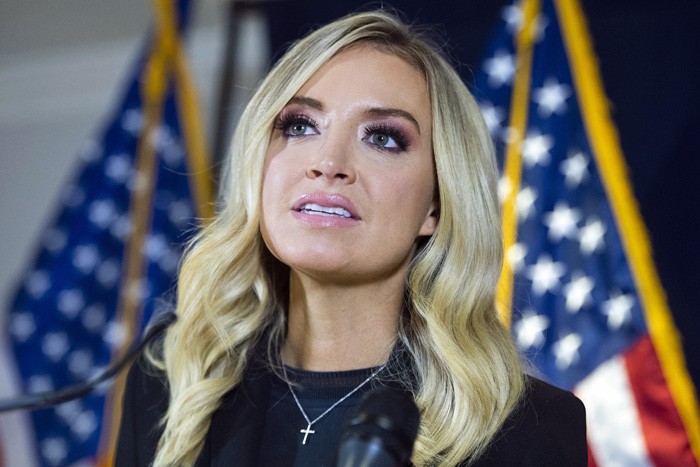 Eiza Gonzalez was spotted with a dude who is definitely not Timothée Chalamet, and is it bad that I still remember her as Liam Hemsworth’s rebound from the first time Miley Cyrus dumped him? That’s weird, right? (Lainey Gossip)

Eva Longoria quickly and sincerely apologized for downplaying Black Americans’ role in winning the election while pumping up Latinas. (Celebitchy)

Viola Davis talks Black Lives Matter and coping with the pandemic. (The Root)

They finally did it. Fox News cuts off Kayleigh McEnany for lying.pic.twitter.com/eM0j0au0WL

And for some more Fox News schadenfreude, Sandra Smith didn’t realize she was live when some idiot tried to say Trump won the election. If your boomer relatives suddenly have a lot of broken TVs, now you’ll know why. (Vulture)

Ken and Karen Gun-Nut a.k.a. Mark and Patricia McCloskey are suing the photographer who took the now-infamous pics of their armed white people freakout. (WTHR)

Why did Warner Bros. finally ditch Johnny Depp the exact second he lost his libel suit? AT&T. Now, do J.K. Rowling next. (Variety)

The plan? We name your landscaping company after a fancy hotel to trick the President of the United States into holding a press conference outside of your business. pic.twitter.com/04bWKLz9JA

Inside The New York Times’ heated reckoning with itself. (Intelligencer)

Fun Fact: Trump is the first Republican in 76 years to lose Lynchburg, VA, where Liberty University is located. (Raw Story)

Dr. Fauci says he had a Zoom call with celebrities including Kim Kardashian, so I gotta echo Kayleigh’s thought: Was this before or after her shitty island party? (Vanity Fair)

ASKReviews was looking for something lighter to read between more substantial books and found that in Icelandic mystery, Voices, by Arnaldur Indriðason. It was an easy read. "The book also does an interesting job of exploring the expectations families put on children, and how when they may not live up to those expectations — either by circumstances, or by choice — parents can be cruel in response." What makes a book an easy read for you? (Cannonball Read 12)

Your daily dose of baby goats..