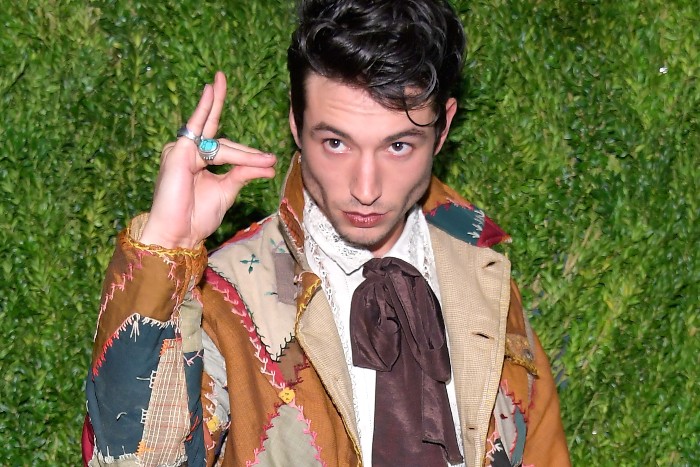 Ezra Miller Reportedly Has Small Children in Their House Full of Guns Because, Yes, This Is Still Getting Worse

Just when you think the Ezra Miller situation can’t get any more dark and disturbing, the actor is reportedly housing a mother and her three young children in their Vermont home that has so many guns and ammo lying around that a one-year-old put a “loose bullet in her mouth.” The words you’re looking for here are Jesus flipping Christ. (Rolling Stone)

Anna Duggar will never split from Josh Duggar because, like it says in The Bible, never divorce your potato-shaped pervert of a husband even if he downloads the worst material that federal investigators have ever seen. (Dlisted)

Look at Katie Holmes. She escaped a cult and is thriving! (Celebitchy)

while researching this piece about how the Minions became synonymous with a certain kind of republican facebook mom meme, I stumbled upon an academic article arguing a marxist case against minions. it is the best thing ive ever read https://t.co/RDyg81ILC0

From Jen: Whooooooo lives on a pineapple at the top of the sea… (The Dodo)

Soon, Alexa will be able to simulate the voice of your deceased loved ones just like everyone’s always been asking for. Genuinely can’t wait to hear my late grandmother ask me if I want to set a morning routine when I just want the freaking lamp off. (Link)

Netflix is really doubling down on its “own the libs” content strategy. (Uproxx)

Ladies and gentlemen, you will get to see Thor’s naked butt in Love and Thunder. On this, Taika Waititi gives you his word. (AV Club)

Looking for audition monologues, anana picked up two very different plays about teenage girls: Sarah DeLappe’s naturalistic play about a girls soccer team, The Wolves, and Clare Barron’s more metaphorical play about a dance team, Dance Nation. They "are exciting and often visceral windows into girl-dom, and if you have ever been a teenage girl you will definitely find moments to relate in both!" Has either play made it to your area? (Cannonball Read 14)