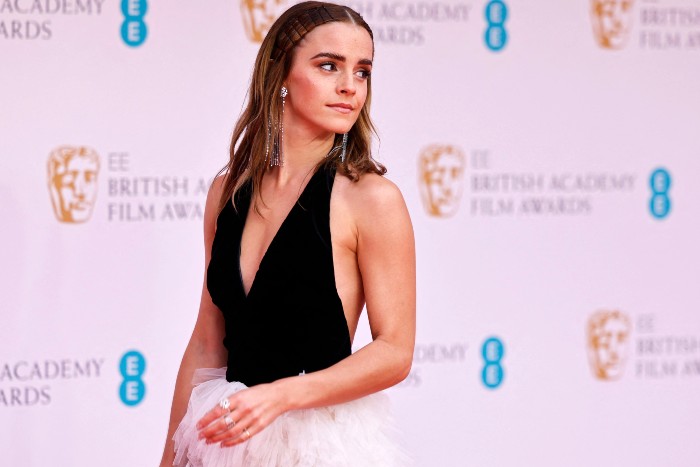 Once again, Emma Watson makes it known that she DGAF what J.K. Rowling did for her career, she won’t stand for transphobia. (Advocate)

Hailey Bieber was briefly hospitalized with a brain clot. (Dlisted)

From James: I get why she’s bowing out (because she’s too pure for this world), but I would argue Dolly was a big influence on a number of rockers, particularly with “Jolene.”

And Campion apologizes for her Critics' Choice speech. pic.twitter.com/JocAynjqAv

They should either cancel The Goldbergs or kill off Jeff Garlin’s character because the workarounds they’ve been using this season ain’t working. pic.twitter.com/EgG4so6rIA

From Kaleena: Actual footage of Tom Brady’s decision to emerge from (brief) retirement:

Halo’s first reviews feel surprised to be so positive. (Gizmodo)

Happy Pi Day! If you’d rather celebrate today with a different circular dessert, Yossy Arefi’s Snacking Cakes might be the book for you. Every recipe tiny_bookbot has baked from that book has been a winner. "She knows what you need: a quick, unfussy cake to brighten up a humdrum day or to take to a party when you’re short on prep time, and this book delivers." Are you a pie or a cake person? (Cannonball Read 14)

I cannot believe none of you told me there was a Chihuahua doing Swan Lake at Crufts. #Crufts pic.twitter.com/w7ZZGPOqYH

← 5 Shows After Dark: 'The Cleaning Lady' First Season Finale on Fox, 'The Julia Child Challenge' Premiere on Food Network | Jeff Garlin's CGI Presence on 'The Goldbergs' Is the Stuff of Nightmares →