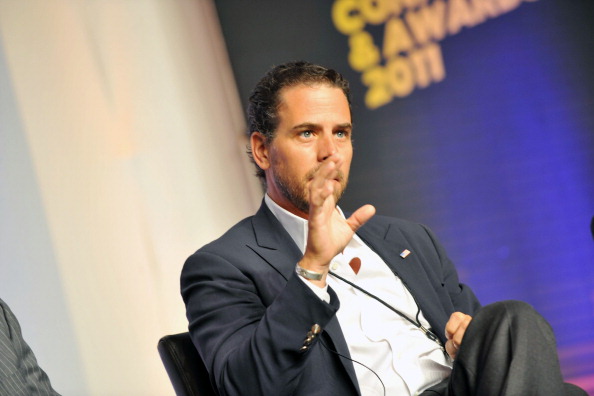 Elon Musk turned over a bunch of internal documents to clown-show newsletter journalist Matt Taibbi last night, who promoted an interminable two-hour Twitter thread as “The Twitter Files.” Elon Musk, desperate to take attention away from the dramatic rise in hate speech on the platform, boasted it as a major scandal and First Amendment violation. However, the thread basically only revealed that Twitter moderation executives debated at length over the Hunter Biden story — as they should have — and also decided to remove pics of Hunter Biden’s penis from Twitter because they considered it a form of “revenge porn.” There was no First Amendment violation because there was no government involvement, as Biden was not President at the time. It was, as they say, a dud. A nothing burger. An absolute flop of a story. (The Verge)

For those who remember Matt Taibbi as a respectable journalist way back in the day, the precipitous fall of this man. Wow.

Imagine throwing it all away to do PR work for the richest person in the world. Humiliating shit.

Okay, first of all, when did Violet Affleck turn into a teenager? I feel like I still remember seeing her walking to school as an 8-year-old, like, 4 years ago? She’s 17 now and got to go to the White House for a State Dinner with her mom. So cool for her! - (Lainey Gossip)

Did we all remember that Taylor Swift is friends with Ryan Reynolds and Blake Lively? That whole Hiddleswift thing feels like forever ago. - (Celebitchy)

Speaking of TayTay, a subreddit that was previously dedicated to Ye is now a Taylor Swift fan club - (Jezebel)

This may be the only time I’ve ever been jealous of Miami residents.- (Delish)

You’re not dreaming; this is actually happening. Brett Goldstein interviews The Muppets. - (EW)

Do you like Wordle? Do you like movies? Voila! Now you can have the best of both worlds. - (MF)

People lining up to call James Corden an asshole. This time it’s Mel B. - (Dlisted)

The news of Amy Robach and T.J. Holmes as a couple apparently came as a very unpleasant surprise to Holmes’ estranged wife, who thought they were working on the marriage. Ouch. - (The Root)

Rebel Wilson has introduced a new loungewear collection. It only goes to size XL. It’s going over as well as you imagine it is. - (The Cut)

How to have the Santa convo with your kid. - (Scary Mommy)

I haven’t been to Disneyland since 1995 or 1996, and if you’d asked me to guess what the theme of Splash Mountain was now, I never would have guessed that it was STILL Song of the South! Thankfully, that ish is finally getting revamped. - (AVC)

Sadly, Brad William Henke passed away at the far too young age of 56. You may not know him by name, but surely you recognize him from his outstanding work in Orange Is the New Black, Justified, Dexter, Shameless, and Space Jam, North Country, and Split. If you were a Denver Broncos fan, you may even remember him from the 1990 Super Bowl. Rest in Peace, Brad. - (Distractify)


← Review: Netflix's 'Troll' Is A King Kong Story Out of Legend | The Multitalented Keke Palmer Hosts the Season's Best 'SNL' →