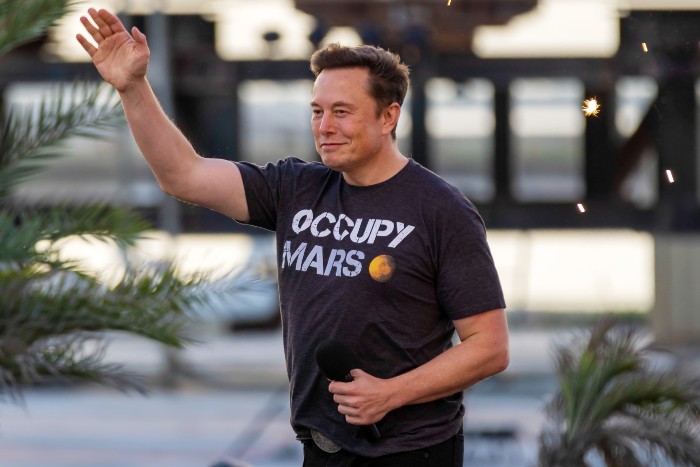 As you’ve probably heard by now, Elon Musk has reportedly made moves to complete the acquisition of Twitter at the original purchase price. It’s a pretty stunning reversal given how he’s fought all summer to get out of the deal. When the news first broke this afternoon, there was talk of the sale being completed as early as Friday. However, as the day went on, cooler heads are starting to see ways in which Musk could still weasel out of the deal. In this case, by not having the financing. Our own Seth speculates, “This is all being driven by lawyers now. It’s not business anymore, it’s legal gamesmanship.” That said, Musk could have obtained financing and may own Twitter by the end of the week. If so, he’d probably be doing humanity a huge favor by running the site into the ground. (USA Today)

While it’s starting to feel like these Emily Ratajkowski rumors are a smokescreen for the bomb Angelina Jolie dropped today, these latest quotes are going through PEOPLE, which is the usual channel for publicist coordination. — Pitt’s and/or Ratajkowski’s. — Also, she could easily deny they’re dating, but hasn’t. (Celebitchy)

Everyone in the US wants Matt Berry to play Bond bc for too long they have been denied access to Toast of London, where he (as Steven Toast) does audition for Bond and it's perfect it's all we need 10/10 no notes pic.twitter.com/qtIt1xRsaP


George R.R. Martin’s co-authors are not fit to post. (Vulture)

rip norm macdonald you would have loved amc’s interview with the vampire pic.twitter.com/oUMuZ5BvxZ

Florida schools are continuing to be the worst. (Jezebel)

Jeverett15 thought Barbara was a fascinating narrator in Zoë Heller’s Notes on a Scandal. "She is stunningly perceptive about her own experience, writing frankly of the pain of loneliness and the limits of her personality." Have you watched the 2006 movie with Judi Dench as Barbara? (Cannonball Read 14)

Loretta Lynn, a dirt-poor Kentucky coal miner's daughter who rose to the greatest heights of international stardom, died Tuesday at the age of 90. https://t.co/rknuql2i1N pic.twitter.com/4KFOAck2E8