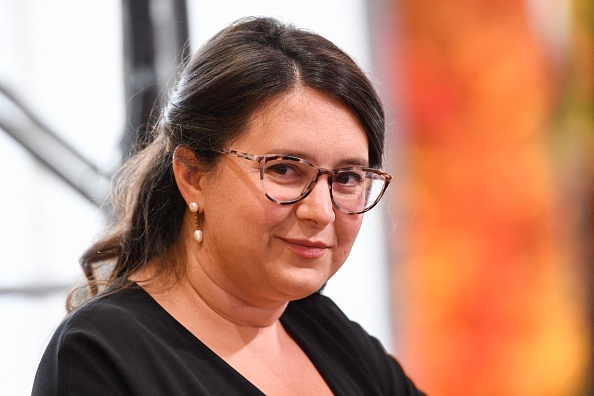 Triple-texting Bari Weiss and getting no response on the platform you bought for $44 billion… this man's in a bad place https://t.co/Y62JptT9Hv 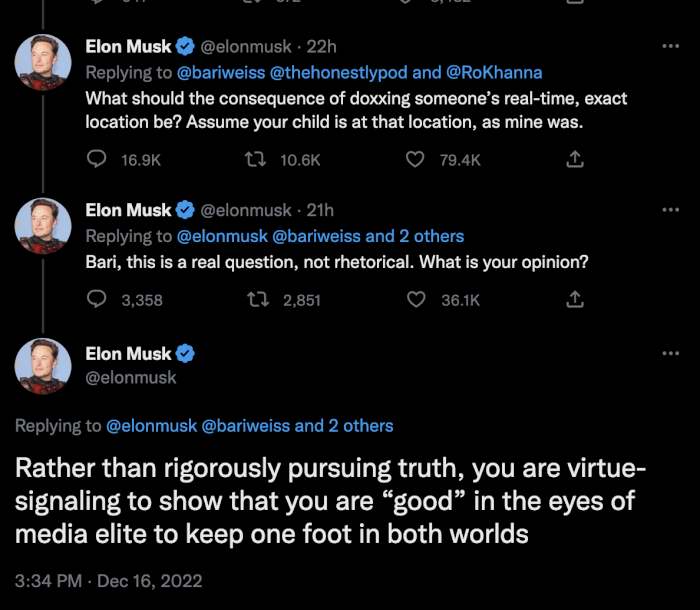 Musk, by the way, reinstated most of the journalist accounts he suspended based on his own Twitter poll, except Linette Lopez, who had nothing to do with ElonJet, but has been investigating Musk for years. (Daily Beast)

Hmmm, so Pete Davidson and EmRata aren’t exclusive. I wonder how much longer this will last? - (Dlisted)

Dave Grohl joined Billie Eilish on stage for a lovely rendition of “There Goes My Hero.” - (BoingBoing)

Katy Perry doesn’t mind looking silly and I enjoy that about her. - (Lainey Gossip)

So, I’ve either forgotten (maybe multiple times) Max Minghella and Elle Fanning are a couple or it’s new to me, which seems unlikely. - (GFY)

This Apple commercial highlighting the possibilities of accessible tech really got me. - (Colossal)

It’s no longer up for debate. James Cameron had it scientifically tested. With SCIENCE. - (Buzzfeed)

I don’t want to joke about how not shocking this is: A Newsmax host is a lying liar who tells lies, but, like, seriously, do they say anything that even has a kernel of truth to it? - (The Root)


← 'Emily the Criminal,' That Aubrey Plaza Movie, Is Pretty Good | In 'Avatar: Way of the Water,' James Cameron and His Ego Can't Help Himself →