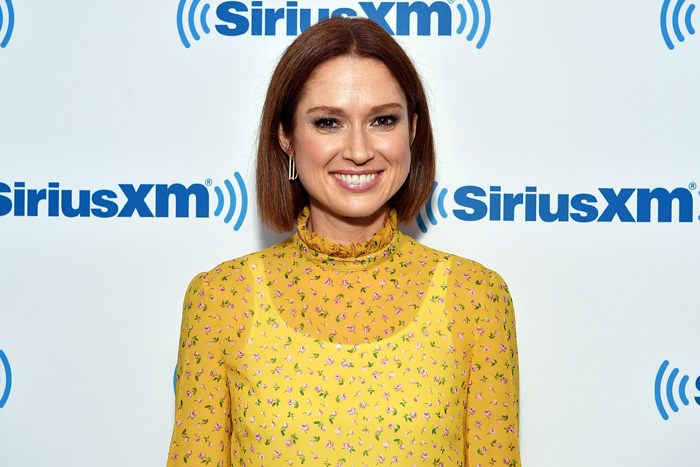 Ellie Kemper has issued an apology after Twitter called her a “KKK Princess” for being the 19-year-old queen of a debutante ball with a racist past. As for how well that apology is going? Mostly good! — Did not expect to link that site as an example. — It’s one of the better celebrity apologies out there, and in a situation where no matter what Kemper said, she was going to be ruthlessly torn apart. Case in point, the first place I saw it, the person sharing it called her “KKKimmy,” so I expect a similar sh*t-flinging divide in the comments. You kids have fun. (Instagram)

Michaela Cole’s I May Destroy You sweeps the BAFTAs. (Lainey Gossip)

Shannen Doherty says it’s hard to relate to female characters on screen who clearly got Botox and/or plastic surgery. Good to know? (Celebitchy)

“It’s never been done before. And it’s called, ‘The Biles.’” pic.twitter.com/5uoyYQPzWB

Want to know the real story behind The Conjuring 3: The Devil Made Me Do It? Kristy unearthed the facts and some creepy quotes from the “demon murder case.” (Mental Floss)

So remember the other day when Ben Affleck left Jennifer Lopez’s house in the morning looking pretty pleased with himself? Things took a turn. (Page Six)

Christina Ricci is in The Matrix 4. (Deadline)

Even goddamn Donald Trump can see that Bitcoin is a scam, which honestly, might be the only smart thing he’s ever said. Can we get a ruling on that? (Forbes)

According to the FTC, MoviePass went through a lot of trouble to make sure MoviePass users didn’t actually use MoviePass. (Mashable)

Leslie was drawn to The Library Book by Susan Orlean thinking it would be about the arson fire that gutted the Los Angeles Public Library. She wasn’t disappointed though to find that, "…[Orlean’s] writing about libraries and the people in them is the strongest element of this book." Do you have a library story? (Cannonball Read 13)

I got to the end of this video and literally howled 😂 pic.twitter.com/IKwNWV9hUW

— pretzels are the miss finster of snacks (@indigogloves) June 5, 2021

← Soderbergh Brings Together a Rogue's Gallery for 'No Sudden Move' | Jeff Bezos is Headed to Space, Threatens to Return →