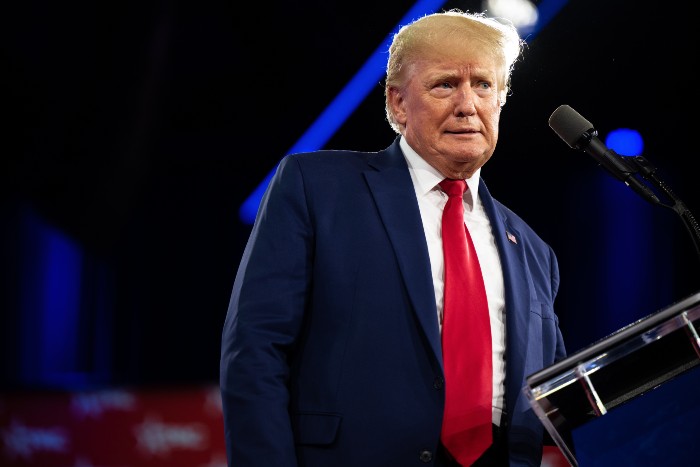 Did the FBI Take Trump’s Passports? Kinda, but Don’t Get Excited

Folks, I’m not gonna sugarcoat it. Donald Trump is clicking hard right now for obvious reasons, but unlike 2016, the flurry of attention shouldn’t propel him into the White House this time. Maybe. Don’t quote me on that. Anyway, earlier today the stuck pig claimed that the FBI “stole” his passports during the Mar-a-Lago search. Naturally, everyone got all exited at the prospect that Trump was deemed a flight risk, and this was his lame-ass cover story. Turns out, he was doing something even more sh*tty. Of course.

Apparently, Trump’s passports really were snatched up in the raid, but not on purpose. After a DOJ filter team found them, they alerted Trump’s lawyers and offered to return them. In the midst of this, Trump being Trump got on Truth Social and started accusing the FBI of stealing them because what that agency needs right now is more crazies being flung at them. The LAW AND ORDER president, everybody. (Kyle Cheney on Twitter)

It’s not looking good for Alec Baldwin in the Rust shooting. (Dlisted)

Shakira wants to get the hell out of Spain. (Celebitchy)

Damn, this just keeps getting better and better…

Breaking News: Rudy Giuliani’s lawyers have been told that he is a target of a criminal investigation in Georgia into 2020 election interference. https://t.co/eemR69DIbs

Anne Heche took tons of heat when she came out and never backed down. (Rolling Stone)

Salman Rushdie is already talking and joking despite initial and understandable concerns that he had a long road ahead of him after being stabbed. (Vulture)

Stranger Things 5 is going to stop adding to the sprawling cast and focus on the main gang. Maybe while you’re at it, make anyone but Mike the heart of the team? C’mon, guys. (Variety)

Back in 2018, reports claimed that Bryce Dallas Howard was paid $2 million less than Chris Pratt for the Jurassic World sequels. She now says it was “so much less” than that, but Pratt did try to help. (Insider)

Miller High Life and Tipsy Scoop have teamed up on an ice cream "dive bar" with real beer and notes of peanuts and tobacco. https://t.co/tPOwAt0pw0

Kevin Federline needs to keep Britney’s name out of his mouth and get a job. (Daily Beast)

Quentin Tarantino likes Indiana Jones and the Kingdom of the Crystal Skull better than The Last Crusade? Jesus… (IndieWire)

Cannonball Read was sad to hear of the passing of David McCullough last week. Vel veeter reviewed McCullough’s first book, The Johnstown Flood, published in 1968. "This is just a masterclass in good, popular, and compelling history, writ large in tragedy, but small in the scope of human affairs." Have you read any of the late historian’s books? (Cannonball Read 14)

From Petr: Warning audio is NSFW, yet hilarious because why would anyone think these two things are comparable?