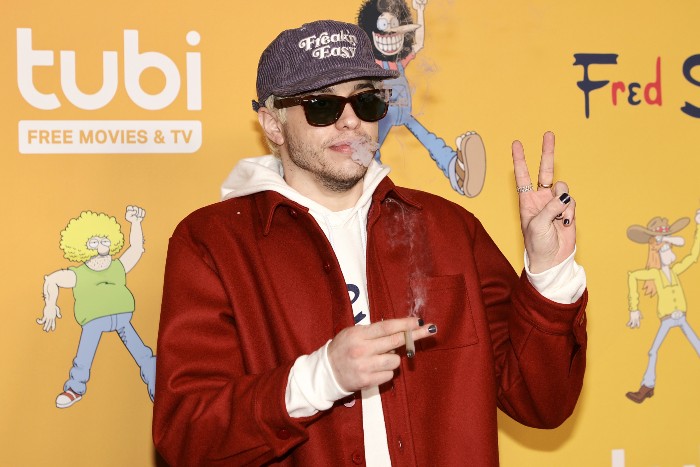 In here we go again news: Pete Davidson and Miley Cyrus went to his condo together after their Tonight Show taping. (Dlisted)

It’s worth noting that Miley Cyrus made an appearance on SNL this weekend too. AND, this also happens to coincide with Kayne West telling Kim Kardashian on stage that she needs to “run right back” to him. Interesting, interesting… (Celebitchy)

Seth Rogen and Elle Fanning are in talks to join Dev Patel in a Chippendales movie, which is stellar casting. (Lainey Gossip)

From James: I’m not sure how baked Keanu is here, but it’s the right amount.

This clip of Keanu promoting the new Matrix movie on the GNS is an absolute delight and has some Ted “Theodore” Logan vibes in the best way ♥️♥️♥️♥️ pic.twitter.com/jOyazRp7NR

— Read Pedagogy of the Oppressed by Paulo Freire (@JoshuaPotash) December 10, 2021

From Jen: A Peloton Xmas Miracle.

this is the worst sentence ive ever read in my life pic.twitter.com/CGSMOxsDuL

Is Succession’s banter “a bit too much?” Who even asks something like that? WTF? (Jezebel)

Wow, what a surprise. Another Duggar is in legal trouble for endangering a child. It’s almost like pumping out 20 kids and brainwashing those kids to pump out their own set of 20 kids is a bad idea. Could be me. (TMZ)

The folks at Cannonball Read are surprised their 13th Read is almost over. How did the year go for you—was it a good reading year? Do you still have goals to meet? Tell them how your year in books went. Did you find the books you were looking for? (Cannonball Read 13)

Oh my god???? This is the only Christmas Miracle I care about?????? pic.twitter.com/zcdbRCBq9Y