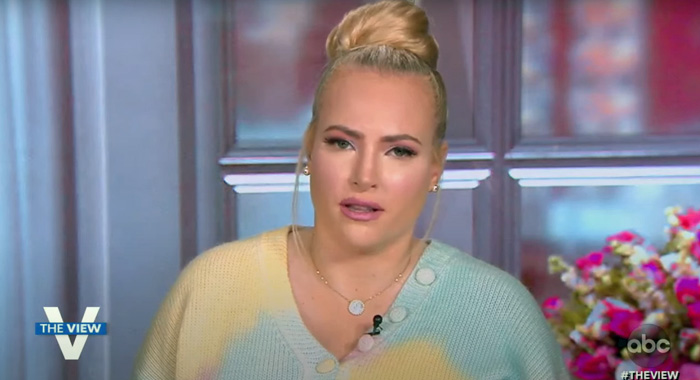 Did Meghan McCain Just Admit She Still Voted for Trump in 2020?

Meghan McCain is either finally admitting she voted for Trump in 2020 or once again demonstrating that she’s a bad faith couch cushion who doesn’t know what the hell she’s talking about. My theory: Why not both? (Daily Beast)

Kristin Cavallari and Jay Cutler might be back together. I’m assuming all the recent talk of vaccines rekindled their passion for being dangerous morons together. (Dlisted)

Ben Affleck’s PR team is working hard at spinning his break-up from Ana De Armas. If the butt crack shot is part of that strategy, well played. (Celebitchy)

gee i wonder what he's going to be arrested for in a few months https://t.co/3K0eyg7NXJ

Lena Dunham’s new thing is pining for Hunter Biden, so now we know that 2021 is going to be just as annoying and obnoxious, but without the fascism. I’ll take it? (Twitter)

In a surprising move, Budweiser will not air a Super Bowl ad this year. Instead, they put their money toward a short film on vaccine awareness that’s already on YouTube. (AV Club)

The new Dragonlance trilogy is back on. (Polygon)

It sure looks like Lauren Boebert spent Sunday maskless in a stairwell while accepting a gun from a white supremacist, which she then pointed at the crowd. If that doesn’t put her at the top of the Republican ticket in 2024, I don’t know what will. (Rural Colorado United)

Eddie Redmayne and Jamie Dornan used to be roommates who hated each other after they both auditioned for the BioShock movie that never happened. (Variety)

Mobius_Walker joined Cannonball Read last year to rediscover his love of reading. "CBR broke down almost every requirement I had built up in my head about what it means to be a "reader." Now the only requirement is that you read." What do you love to read? (Cannonball Read 13)

The Biden family wanted to get settled in the White House before moving Champ and Major from Delaware to Washington, per First Lady Jill Biden’s office. pic.twitter.com/lAhZrD7Dbx

← 5 Shows After Dark: ' Snowpiercer' Season 2 Premiere, 'The Bachelor' on ABC | Chuck Schumer Gets the Best of Mitch McConnell, or Does He? →